California Gov. Gavin Newsom rejected a parole recommendation for the Manson Family member who etched “Helter Skelter” and “Death to Pigs” on the wall of the murder scenes using victims’ blood.

Newsom’s decision to block Patricia Krenwinkel’s parole Friday marked the 15th time the 74-year-old has been denied freedom since she was convicted for her part in the killings of pregnant actor Sharon Tate and seven others in 1969.

“Ms. Krenwinkel fully accepted Mr. Manson’s racist, apocalyptical ideologies,” Newsom said. “Ms. Krenwinkel was not only a victim of Mr. Manson’s abuse. She was also a significant contributor to the violence and tragedy that became the Manson Family’s legacy.”

A parole panel recommended Krenwinkel’s release for the first time in May. She was initially sentenced to death in 1971, but the California Supreme Court ruled the death penalty unconstitutional one year later.

Her attorney argued she has undergone a complete transformation since she was convicted 51 years ago. She is the longest-incarcerated woman still in prison in the United States.

New laws since Krenwinkel was last denied parole in 2017 required the parole panel to consider that she committed the murders at a young age and is now an elderly prisoner.

Krenwinkel tried to distance herself from the Manson Family in recent years, but Newsom argued “her efforts have not sufficiently reduced her risk for future dangerousness.”

As a member of the infamous Manson cult, Krenwinkel committed crimes that “were among the most fear-inducing in California’s history,” Newsom said.

“Beyond the brutal murders she committed, she played a leadership role in the cult, and an enforcer of Mr. Manson’s tyranny. She forced the other women in the cult to obey Mr. Manson, and prevented them from escaping when they tried to leave,” he said.

The next night, Krenwinkel used a fork to stab supermarket executive Leno LaBianca and his wife Rosemary in the stomach. She then used their blood to write “Helter Skelter,” ″Rise” and “Death to Pigs” on the walls.

Krenwinkel described being abused physically, sexually and emotionally by Manson during her time under his leadership. She claims she was typically under the influence of drugs. 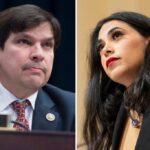 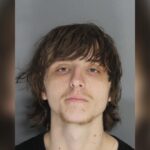