A Democratic PR executive and ally of the Clinton family who contributed information to the infamous Steele dossier said Thursday that he made up the sourcing of a claim that wound up in the discredited anti-Trump report.

Charles Dolan Jr., a former aide to Hillary Clinton, testified in John Durham’s trial against Igor Danchenko on Thursday that he heard a claim about Donald Trump’s 2016 campaign while watching TV and regurgitated it to Danchenko, telling him that he had heard it from a “GOP friend” over drinks.

“I actually got it off of cable news,” Dolan said, according to the Washington Times, adding that he was “trying to throw [Danchenko] a bone because he was helping me.”

The nugget of information was relayed to former Trump campaign manager Paul Manafort, and purportedly provided insight into why he had left the campaign. It made it into ex-British spy Christopher Steele’s dossier via Danchenko, despite the sourcing being completely fabricated.

Danchenko, a private researcher and former FBI informant, emailed Dolan in August 2016 informing him that he was working on a “project against Trump” and asked the Democratic operative for “any rumor, thought, or allegation” related to Manafort.

“Let me dig around on Manafort,” Dolan responded, later emailing Danchenko the lie that he “had a drink with a GOP friend of mine” who told him Corey Lewandowski, who previously served as Trump’s campaign manager, “hates Manafort” and “is doing [a] dance” about Manafort’s resignation.

“I thought I’d embellish a bit,” Dolan said on the witness stand.

Danchenko has been charged with five counts of making false statements to the FBI regarding the way he compiled information used in the Democratic National Committee- and Hillary Clinton presidential campaign-funded dossier. 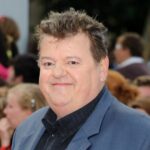 Meet His Children and Family 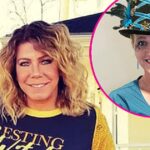