Remember when Hollywood cannabis users were considered “stoners?” Well, the days of Cheech and Chong are over, and several more stars are 4/20-friendly in 2022.

Recreational use of marijuana became legal in November 2016, although each state has varying restrictions.

Stars like Justin Bieber, Miley Cyrus have Zoë Kravitz have previously opened up about their likeliness of puffing the magic dragon and dismissing the negative stigma that surrounds the herb.

Megan Fox expressed her eagerness for weed to become legalized in a 2009 interview with GQ while revealing that she had been shamed for smoking. “People look at it like it’s this crazy, hippy, f–ked up thing to do, and it’s not!” the Transformers star said. “I hope they legalize it, and when they do, I’ll be the first f–cking person in line to buy my pack of joints.”

During an October 2020 interview with Pedestrian, Zoë revealed what helped her relax during the height of lockdown. “Baths, wine, watching films, cooking, smoking weed and listening to music,” the Batman actress said when discussing her iconic bathtub scene in High Fidelity.

Bella Thorne even has a section in her kitchen dedicated to marijuana. During a 2018 interview with the Los Angeles Times, the You Get Me star revealed that when she’s in an intense emotional headspace for a role, she has a hard time sleeping. So, she first started smoking her brother’s weed to help her sleep during those times.

“I used to be super, super against weed,” the Shake It Up actress admitted. “I thought it was the devil’s lettuce. I was always the really goody two-shoes — the one that was the teacher’s pet in that annoying sense.”

Some celebrities, however, take the CBD route. CBD is the non-intoxicating chemical in hemp, which allows people to experience more relaxing effects rather than the “high.”

Kim Kardashian has previously shared that she loves CBD and claimed it helped her veer away from other prescription medication. “I got into CBD a few months ago. It’s saved my life,” she told People in September 2019.

“Even to sleep at night. I like the gummies. I will just use a little bit and fall asleep,” she added. “I don’t think I would take a Xanax or an Ambien again.”

Keep reading to see which Hollywood stars are cannabis-friendly! 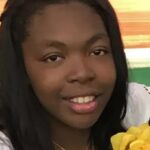 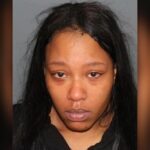 Fugitive busted after applying for job at NJ sheriff’s office