Fans were heartbroken to learn about Aaron Carter’s untimely death on Saturday, November 5. Many of his friends, loved ones and more celebrities shared their reactions and tributes to the news.

Carter’s former girlfriend and fellow Lizzie McGuire star Hilary Duff was among the first to pay their respects to the “I Want Candy” cover artist. The How I Met Your Father actress, 35, took to Instagram to share a touching statement about her former boyfriend.

“For Aaron — I’m deeply sorry that life was so hard for you, and that you had to struggle in front of the whole world,” Duff wrote on Saturday, November 5. “You had a charm that was absolutely effervescent … Boy, did my teenage self love you deeply. Sending love to your family at this time. Rest easy.”

Carter and Duff were known for their high-profile romance in 2000 when they were just 13 years old. They had an on-again, off-again relationship until they called it quits for good by 2003. Throughout their romance, Carter also dated fellow Disney Channel star Lindsay Lohan.

The Tampa, Florida, native’s ex-fiancée, Melanie Martin, also reacted to the news by sharing a snap of them kissing via her Instagram Stories.

“My baby, I can’t breathe,” she wrote across the picture.

Martin shares 11-month-old son Prince with the late “I’m All About You” artist. The two publicly confirmed their relationship in January 2020, got engaged that June and announced Martin’s pregnancy in March 2021. Shortly after welcoming their baby boy in November 2021, the duo announced their split that month.

After they reunited and split a few times, Carter and Martin seemingly got back together in June 2022 and appeared to still be together in October.

In Touch confirmed that the brother of the Backstreet Boys singer Nick Carter was found dead on Saturday morning in his Lancaster, California, home. TMZ was the first to report the news, noting that he was discovered in his bathtub after the Los Angeles Police Department received an emergency call about a person drowning in a tub.

Just one day prior, rapper Check the Star shared that he and Carter had recently recorded a new song together. Upon learning of Carter’s passing, Check the Star (real name: Miguel Garcia) posted videos via his Instagram Stories of himself reacting to the news.

“Oh my God, please, this is not a f—king joke,” the rapper said in one clip, before repeating, “What the f—k is going on?”

Scroll through the gallery to read the tributes from Carter’s friends, loved ones and more. 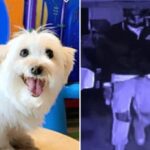 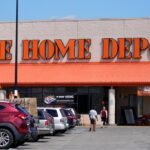