The sister of young mom Cathy Krauseneck — who was found murdered with an ax nearly 40 years ago — recalled how “devastated” she was after the tragic slaying.

Annett Schlosser opened up to “Dateline” about her sister — who was found in her bed with an ax lodged in her head in 1982. She was just 29 years old.

“I was devastated,” she recalls. “And here I [wtas] at my sister’s funeral; My best friend, my mentor, my world.”

The case, which became known as the “Brighton Ax Murder,”  went cold for decades until authorities reopened the investigation in 2015.

In Nov. 2019, Brighton police finally arrested her husband, James Krauseneck, and charged him with murder after investigators were able to link him to Cathy’s killing with assistance from the FBI and modern DNA testing.

This fall, James, now 70, was convicted of Cathy’s murder and sentenced to 25-years to life in prison.

After the murder, James told police he found his wife dead in their bedroom when he returned home from his job at Kodak Company, where he worked as an economist. He said he also found his 3-year-old daughter, Sara, sitting in her bedroom at the home uninjured.

According to Dateline, police said that Sara talked to her father after her mother’s death.

“I couldn’t find you,” police reported that she told him. “I didn’t know how to call you; I didn’t know what street to ride my bike on.”

The little girl told police that she saw a “bad man” in her parent’s bedroom, but James refused subsequent interviews with cops, the Democrat and Chronicle reported.

The day after the murder, James left Rochester with Sara in tow, to return to Michigan, where his family lived.

“I do recall [Sara] saying that ‘A bad man hurt my mommy,’” Schlosser told Dateline. “That’s what she would say.”

Sara has stood by her father for years. At her father’s sentencing hearing in Nov. Sara maintained that it is “absolutely inconceivable” James could have killed her mother in such a brutal manner, according to the Democrat & Chronicle.

Cathleen’s father, 95-year-old Robert Schlosser, had no doubts about his former son-in-law’s guilt and even accused him of brainwashing Sara.

“Jim, I hope you live for 100 years and enjoy your new home,” Schlosser said in a statement to the court at his sentencing.

James also held his own innocence, telling the court “I did not murder Cathy,” according to 13 WHAM.

“I loved Cathy with all my heart and with all my soul. I continue to be haunted by why someone would murder such a beautiful person.”

James’ attorneys said they plan to appeal his verdict. 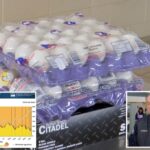 Egg smuggling up 108% at US-Mexico border as prices soar 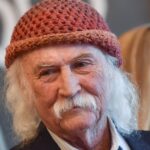