The murderous “catfish” Virginia cop that tricked a 15-year-old girl online before abducting her and killing her family had been messaging underage girls online for nearly a decade before the rampage, a report claims.

Messages between Austin Lee Edwards, 28, and his now-21-year-old victim reviewed by the Los Angeles Times show that his perversion toward underage girls began at least seven years before he was caught posing as a 17-year-old boy on the internet.

Edwards killed himself in November after kidnapping his 15-year-old victim, killing her mother and grandparents, and setting their home on fire.

The outlet did not identify the victim. She was 13 when the late cop began messaging her and soliciting nude photographs. Authorities uncovered at least 4,000 messages between the pair.

Edwards was aware that the girl was a minor. Unlike at the time of his death, he did not attempt to catfish the girl and was forthcoming about his age.

Edwards would refer to the teenager as his “girlfriend,” send naked photographs of herself, however, and would threaten violence if she refused.

“That’s when I realized he was not mentally stable,” she said.

During several calls, Edwards would show off his knife and hatchet collection, she said.

One of the hatchets would end up being the one he used on himself in a 2016 suicide attempt. His father told authorities his son had been drinking and dealing with “girlfriend” problems.

The underage girl believes she was the “girlfriend” the future murderer’s father had been referring to.

According to the girl, Edwards also shared his suicidal thoughts with the young woman, often telling her she was the only person he had and would threaten to kill himself if she cut communications with him. At one point, he told her she was his only reason for living.

Edwards even encouraged her to engage in violence against her own family, messages show.

In 2015, he asked her to Skype, but the girl said she couldn’t because her mother was home.

“kill her,” he wrote, before threatening. “imma give myself a black eye okay.”

After two years of messaging, and several attempts at breaking up, the then-15-year-old girl decided to block Edwards.

He continued to message her on different Facebook accounts, even though she never shared her real name with him.

Edwards joined the Virginia State Police in 2021, despite his history of mental health institutionalization that should have prevented him from joining the force. A year after graduating, Edwards began working at the Washington County Sheriff’s Office.

In November 2022, Edwards abducted a 15-year-old California girl he was conversing with online under the guise of a 17-year-old boy. He killed her grandparents and mother before setting her house on fire and taking off with the girl.

After a shootout with the police, Edwards killed himself with his service weapon. The girl was physically uninjured.

His former victim said she wasn’t “surprised at all” that Edwards had unleashed such violence on the girl and her family because she “knew how scary he was.”

“It’s just crazy that he was able to become a cop with me knowing his mental health issues,” the woman said. “I don’t understand how he got past everything because it was so prominent to me that he had so many issues just from talking to him in that time period.” 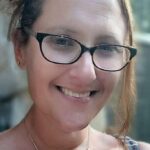 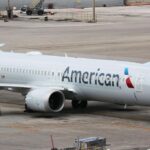