Equipment company Caterpillar is facing a six-figure fine after a federal investigation revealed grisly new details about the death of an Illinois foundry employee who was “immediately incinerated” in a vat of iron on just his ninth day on the job in June.

In a press release published Wednesday, the Department of Labor’s Occupational Safety and Health Administration (OSHA) alleges that the June 2 death of melting specialist Steven Dierkes at the company’s Mapleton foundry was preventable.

Dierkes, 39, was only on his ninth day of work when he fell into an 11-foot-deep pot of molten iron heated to over 2,000 degrees Fahrenheit and was killed instantly, the report says.

Authorities now claim that Caterpillar did not install federally required protective restraints or guardrails in the area where Dierkes was working. OSHA charged the company with a willful violated and proposed a fine of $145,027.

Notably, Dierkes’ accident was the second major incident at the Mapleton location in less than 12 months. In December 2021, a 50-year-old worker was killed on the site after a fall from a “significant height,” as reported by the Peoria County Sheriff’s Office.

Located less than 100 miles from Springfield, the Mapleton foundry has over 800 employees and melts up to 1,000 tons of iron each day, according to the company website.

“A worker’s life could have been spared if Caterpillar had made sure required safety protections were in place, a fact that only adds to this tragedy,” OSHA regional administrator Bill Donovan said in the press release. “Producing more than 150,000 tons each year, Caterpillar’s foundry is one of the nation’s largest and they should be acutely aware of industry regulations to protect workers using smelters and other dangerous equipment.”

Caterpillar has 15 business days to comply with the citation, request a meeting OSHA’s area director, or contest the charges. In a statement to The Post on Thursday, Caterpillar spokeswoman Lisa Miller said the company was “deeply saddened” by Dierkes’ death.

“Our thoughts remain with this employee’s family, friends and colleagues,” she continued. “The safety of our employees, contractors and visitors is our top priority at all Caterpillar locations around the world. Regarding the serious safety incident that occurred, we will continue to engage with OSHA to seek an appropriate resolution to its review.” 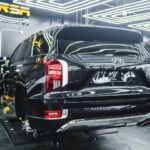 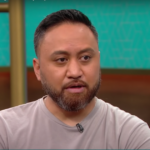