Over a decade after being acquitted in the infamous murder trial for her daughter, Casey Anthony has tried to maintain a normal life and keep a low profile. Keep scrolling to see her net worth, job and how she makes her money.

What Is Casey Anthony’s Net Worth?

Her total net worth is estimated to be $10,000, according to Celebrity Net Worth. Following her trial, Casey had money woes.

In January 2013, two years after a jury found her not guilty of the first-degree murder of her 2-year-old daughter, Caylee, Anthony filed for bankruptcy. She claimed about $1,000 in assets and $800,000 in liabilities, saying she had zero income at the time. Additionally, Anthony listed around 80 creditors, among them a $500,000 debt to her attorney Jose Baez and a $145,660.21 debt to the Orange County Sheriff’s Office, per bankruptcy court documents. The documents also stated that Anthony’s proposal to sell the rights to her life story was “novel.”

During a 2013 meeting with creditors in her bankruptcy case, Anthony said she was surviving off support from friends and strangers who would send her gift cards and cash.

In a rare 2017 interview with the Associated Press, Casey said she “sleeps pretty good at night,” despite what happened many years ago.

Where Is Casey Anthony Today?

“Casey is writing a detailed and definitive account of her life and the tragedy of losing Caylee and everything that followed,” a source told In Touch exclusively in March 2020.

At that point, she had already completed three chapters. “She knows the book will be controversial and that no matter what she does she will face criticism, but she also feels she has a story that has never been told,” the insider added at the time. “Nobody else has lived it, so no one else can tell it.”

However, years later and no book about Casey’s life has been released. A separate source exclusively told In Touch that the Florida native may be interested in doing a documentary one day, although she would be hesitant.

“It will only be on her terms,” the source said in May 2022. “And if things aren’t going the way she wants, I’m sure she wouldn’t hesitate to pull out.”

What Is Casey Anthony’s Job?

Casey works as a researcher and previously tried to start a photography business in 2016. In December 2020, Anthony launched a private investigation firm in Florida. According to documents obtained by The Daily Mail, paperwork was filed with the Florida Division of Corporation for a new company titled “Case Research & Consulting Services LLC” under her name. 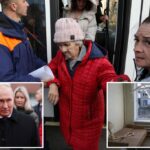 Putin says civilians must be evacuated from Kherson 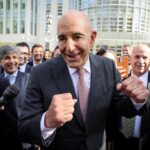