Casey Anthony has given her first on-camera interview more than a decade after she was acquitted of murdering her 2-year-old daughter, Caylee.

The woman once dubbed the “most hated mom in America” by Nancy Grace appears in an official teaser for the three-part docu-series which shows her nervously playing with her hair, blinking and twitching her mouth as she awaits to speak.

With concern etched on her brow, Anthony is asked, “Why talk to me now, when you’re not getting creative control?”

The camera cuts just as she appears about to answer, teasing viewers with the message: “Casey Anthony speaks.”

Director Alexandra Dean suggested the Peacock series will “cause the American public to look at this story in a new light.”

“Since her acquittal in 2011, public opinion of Casey Anthony has been largely shaped by the media convinced of her guilt,” said Dean.

“Casey had never given an in-depth interview explaining her actions until now,” she added of the mom, who was arrested a day after reporting her daughter missing after claiming she had disappeared with a babysitter in 2008.

Caylee’s body was found six months after she went missing in a decomposed state in a woodland area near the Anthony family’s home, wrapped in duct tape. Mystery surrounds how exactly Caylee died and who is responsible for her death, with even the medical examiner unable to come to a conclusion about how she died.

An estimated 40 million people tuned into Anthony’s 2011 trial, which ended with her acquittal on counts of murder, manslaughter and aggravated child abuse.

Casey’s defense claimed she had been sexually abused by her father, George, and suggested he had been involved in covering up Caylee’s death – allegations he has vehemently denied.

Dean insisted the main aim of the series is “in getting closer to the unbiased truth by hearing all sides of the story,” which will include “opposing voices to Casey herself.”

“What emerges … is a startling psychological portrait of Casey Anthony and a complete narrative of what she says happened to her daughter weighed against multiple sources of potential evidence,” Dean said.

Casey was convicted of lying to cops investigating her daughter’s disappearance in 2008 and served three years in prison.

While the Peacock series, which will stream from Nov. 29¸ is Anthony’s first on-camera sit down on the case, she has spoken off-camera before, including a 2017 interview with the Associated Press.

In that chat, she acknowledged that people will always suspect her of killing her daughter even despite her acquittal.

“I don’t give a s— about what anyone thinks about me, I never will,” she said at the time. “I’m OK with myself, I sleep pretty good at night.” 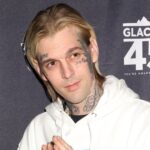 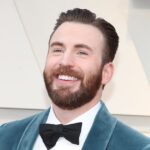 Find Out How the Actor Makes Money