Clint House is urging officials to “reopen the investigation” into the Caylee Anthony case following Casey Anthony‘s bombshell claims made in the new Peacock docuseries, Casey Anthony: Where The Truth Lies, he exclusively tells In Touch.

“What justice for Caylee is going to look like is for the case to be reopened, and that’s what I’m calling for,” House – who lived with Anthony’s former boyfriend, Tony Lazzaro, at the time of Caylee’s disappearance – tells In Touch. “There are some serious allegations that need to be investigated.”

In the Peacock documentary that premieres on Tuesday, November 29, Anthony finally tells her side of the controversial story, trial and aftermath regarding her young daughter’s 2008 disappearance. Amid bombshell interviews and unknown details coming to light, Anthony alleges oncamera that her father, George Anthony, and her brother, Lee Anthony, molested her as well as young Caylee.

“He’d put a pillow over my face and smother me to knock me out,” Anthony alleges. “That happened several times. I’m sure there were times where I was incapacitated as a child where my body was limp and lifeless.”

In the docuseries, Anthony further claims that George was responsible for Caylee’s death, alleging that her father staged Caylee’s drowning in order to cover up any signs of abuse.

Both George and Lee have denied the abuse allegations, but House believes the claims need to be investigated, he tells In Touch. George did not immediately respond to In Touch’s previous request for comment regarding Anthony’s allegations about Caylee’s death.

“I didn’t know anything about it,” House tells In Touch about the allegations, revealing that he learned about the claims while participating in the docuseries. “And once they started kind of laying out everything, I had to stop the interview.”

He recalls talking to the director, Alexandra Dean, about Anthony’s claims against her father and brother, telling In Touch that the filmmaker admitted to believing Anthony’s side of the story. “She displays all the signs of a sexual assault victim,” House recollects of Dean’s perspective. “It just felt like a gut punch hit me,” he continues. “It was very hard to hear.”

Despite previous sentiments regarding Caylee’s disappearance and death, House admits that learning about Casey’s alleged abuse makes him look at the case differently.

“If any of these allegations are true, and if what she’s saying about George Anthony is true, then you have to think about the fact that Casey was abused by her father and then has the only human being in the world that actually loved her, taken away from her,” he says. “Then [she was] turned into the most hated person on the planet.”

House goes on to tell In Touch that he is not entirely sure how the case should be revisited, but is steadfast in his belief that the allegations made by Anthony warrant a closer look at the details.

Following a nearly two-month trial spanning from May to July 2011, Anthony was found not guilty of first-degree murder, aggravated child abuse and aggravated manslaughter of Caylee. However, the photographer was found guilty of four misdemeanor counts of providing false information to law enforcement and was sentenced to serve four years in prison. Anthony – who became a household name amid her daughter’s disappearance and later confirmed death – ultimately served three years behind bars and paid a $4,000 fine for lying to police. 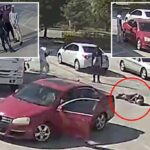 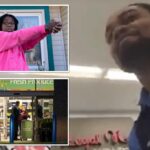