Sam Bankman-Fried’s ex-girlfriend stunningly confessed during a secret court proceeding that she knew “it was wrong” to take part in his alleged fraud scheme, according to a transcript made public Friday.

“I am truly sorry for what I did,” Caroline Ellison said. “I knew that it was wrong.”

Ellison, 28, pleaded guilty Monday to federal fraud charges in connection with her role as the CEO of the Alameda Research hedge fund, which allegedly received billions of dollars from Bankman-Fried’s now-bankrupt FTX cryptocurrency exchange.

Ellison admitted in Manhattan federal court that she “understood that many FTX customers invested in crypto derivatives and that most FTX customers did not expect that FTX would lend out their digital asset holdings and fiat currency deposits to Alameda in this fashion.”

FTX co-founder Gary Wang also pleaded guilty in the $8 billion collapse of FTX, and both he and Ellison are cooperating with the feds, Manhattan US Attorney Damian Williams revealed Wednesday.

Bankman-Fried, 30, was extradited from the Bahamas Wednesday to face an eight-count indictment that carries a maximum 115 years in prison.

He was released on $250 million bond to house arrest at his parents’ $4 million home in Palo Alto, Calif., near Stanford University, where they’re both law professors. 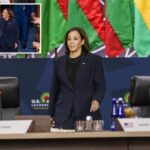 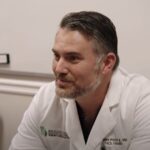