A Carnival cruise ship passenger fell overboard into the Gulf of Mexico and was found alive against all odds on Thanksgiving Day — more than 15 hours after vanishing, officials said Friday.

“[It’s] just one of those Thanksgiving miracles,”  Lt. Seth Gross of the US Coast Guard, told CNN.

The missing man, who hasn’t been identified, was with his sister at the Carnival Valor’s bar at 11 p.m. Wednesday when he took a bathroom break and never came back, the outlet reported.

The sibling didn’t report her brother gone until noon the next day,  prompting the Cozumel, Mexico-bound ship to retrace its sailing path toward New Orleans Thursday, Carnival spokesperson Matt Lupoli told the outlet.

Carnival reported the incident to the US Coast Guard at around 2:30 p.m. and search crews quickly launched a rescue mission by land and sea over a 200-mile area of the Gulf of Mexico.

Within a couple hours, they found the passenger alive in the 70-degree water.

The man, who was responsive, was rushed to a hospital in  New Orleans and was being evaluated on Friday, officials said.

Overall, the lucky guy likely survived bobbing in the water for more than 15 hours — which Gross called “the absolute longest that I’ve heard about.”

“I think it kind of blows the norm, the normalcy, out of the water here, and really just shows the will to live is something that you need to account for in every search-and-rescue case,” he said.

It wasn’t immediately clear how the passenger fell overboard. 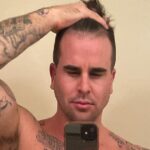