Jessica Robb, a reporter with CTV, was reporting to anchor Nahreman Issa from the field in Edmonton when she began stumbling over her words and having difficulty completing a sentence.

“Sorry, Nahreman,” Robb said in footage aired by TMZ on Monday. “I’m not feeling very well right now and I’m about to…..”

Robb’s words fade off and she can be seen starting to lose her balance on the air.

“We will make sure that Jessica is OK, and we’ll give you guys an update a little bit later,” Issa says back in the studio.

The station has not revealed the nature of Robb’s medical episode, but posted a statement from the reporter on Twitter on Monday.

“On Sunday night, a very personal and vulnerable moment unfolded as I reported live on air,” Robb says in the statement. “Since then, it has been shared thousands of times, along with baseless theories about the cause.

“To everyone who has reached out with supportive messages of well wishes and concern, thank you,” she wrote. “It has been overwhelming, and while I can’t get to all the messages, please know I’ve seen them and appreciate every single one.

“I have also received an overwhelming amount of harassment and hatred, tied to false theories about the reason for the incident,” Robb said. “While I will not share private medical information publicly, I can say that there is no cause for concern and that my understanding of my own medical background provides a reasonable explanation for what happened.

“I can, however, confirm that the situation was in no way related to the COVID-19 vaccine.”

It is unclear when Robb will return to the air. 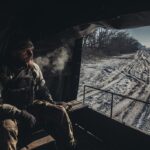 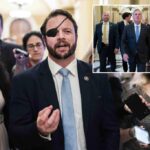