The gunman who opened fire inside his condominium in Toronto, Canada, killing five people, often complained about vibrations coming from the electrical room in the building, which he claimed made him sick.

Francisco Villi, 73 — who was killed by police officers during Sunday’s rampage in Vaughan — had claimed in bizarre video rants online and in court documents that vibrations, noises and emissions from the electrical room located under his unit were causing him pain, and that board members and the building’s developer were to blame.

Villi, who was described by his own adult children as a “Jekyll and Hyde” type, also posted an image of a letter to Facebook where he claimed he had “chronic obstructive lung disease” and needed to be in an environment without dust or pollution.

The shooting spree happened the day before a scheduled online court hearing in which lawyers for the condominium corporation were set to argue that it should be allowed to evict Villi because he had spent years harassing building employees, board members and other neighbors.

According to court records, at least two condo managers quit because of him, and security guards left or changed shifts to avoid him. Residents also said Villi would swear at them and film them.

Villi’s three estranged daughters said in a statement released Wednesday by Ontario’s Special Investigations Units that he “was a controlling and abusive husband and father.”

“He has a history of domestic abuse with both the mothers of his children and his daughters,” the women wrote. “He had aggressive behavior and a Jekyll and Hyde type personality.”

Armed with a semi-automatic handgun, Villi shot neighbors on three floors, killing Rita Camilleri, 57; Vittorio Panza, 79; Russell Manock, 75, his 71-year-old wife Lorraine Manock and Naveed Dada, 59, according to officials. Three of them were condo board directors.

A sixth victim, identified only as a 66-year-old woman, was wounded in the rampage but was expected to survive.

“We are in absolute shock and utter devastation at the events that have transpired,” Villi’s children said in their statement.

The daughters, who didn’t provide their names, said they have been estranged from him for more than five years.

“His children tried to have some form of a relationship through the years and many offers of help were continuously denied, leaving them no choice but to cut off ties with him for their own health and wellbeing,” they wrote. 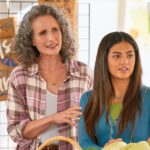 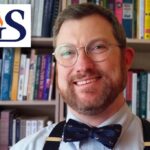