Medical assistance in dying (MAID) has been available in Canada since 2016 and is set to expand in March 2023, extending eligibility to those with a mental illness.

Bill C-7 would allow individuals seeking MAID to apply solely on the basis of a mental disorder. Prior to the bill’s passage, MAID eligibility was based on having a “grievous and irremediable medical condition,” according to a report from the Canadian government on the practice.

Creighton School of Medicine professor Charles Camosy said Wednesday on “Tucker Carlson Tonight” the bill would allow “mature minors” to be euthanized by state doctors without the consent of their parents.

“We’ve got the homeless, we talked about that last time. The poor. The disabled. Those with chronic pain. And then right before coming on, I researched the physicians group in Quebec that wants to kill newborn infants. That’s what’s coming next,” he told host Tucker Carlson.

“This is what happens when autonomy just goes nuts.”

The medical humanities professor said health care has been “hyper-secularized” in recent years and is based on “cost-benefit analysis.”

Camosy said he doesn’t think this type of law would come into effect in the U.S., but added doctors need to focus on saving the lives of their patients. “What we need to do, is support in whatever way [we] can, health care that is about caring, not killing.”

“There’s a coalition of people coming up with a brand new medical school, the Padre Pio School of Medicine in 2026, that is going to do this very clearly, very ably,” he added.

“We have to get off the couch and do something about this for those of us that see the writing on the wall here,” he concluded.

Oregon was the first state in the United States to approve medically assisted suicide, with a law going into effect in 1997. California, Colorado, Hawaii, Maine, New Jersey, New Mexico, Vermont, Washington state and Washington, D.C., have approved similar laws, all with residency requirements. Montana’s Supreme Court has ruled that state law does not prohibit medical aid in dying. 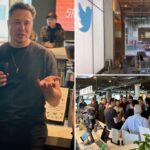 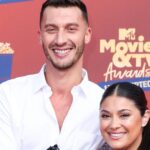 90 Day Fiance’s Loren Brovarnik Asks Husband Alexei to Get a Vasectomy While Expecting Baby No. 3