LOS ANGELES – The hits keep coming to California as the state deals with an onslaught of atmospheric river storms that has brought torrential rain and life threatening flooding, mudslides and debris flows to many parts of the state.

Widespread flooding was reported across California on Monday and Tuesday, with more than 300 reports of flooding coming into various National Weather Service offices across the state. While heavy rain drenched much of the Golden State; Santa Barbara, Ventura and San Luis Obispo counties were hit especially hard, with more than 15 inches of rain falling in higher elevations.

Up to 10 inches of rain was also reported in the foothills of the Sierra Nevada mountain range, especially in Fresno, Mariposa and Tulare counties.

The NWS in Los Angeles also said this most recent atmospheric river storm that has been delivering relentless rain across the region is now “the most impressive storm to strike the area since January 5-7, 2005.”

California has been slammed recently with several storms, including a bomb cyclone that ravaged parts of the state with heavy rain, high winds and pounding surf.

As of Tuesday, California Gov. Gavin Newsom’s office said the series of powerful storms has claimed the lives of at least 17 people, which is more than wildfires over the past two years combined.

There were also reports that a young boy had been swept away by the raging floodwaters in San Luis Obispo County on Monday. Rescuers were able to rescue his mother from the truck she was driving but the boy was gone.

According to FOX 11 in Los Angeles, the boy’s shoe was found before the search was called off after about seven hours due to the dangerous conditions.

So far, the boy has not been declared dead, according to San Luis Obispo County Sheriff’s Office spokesperson Tony Cipolla.

The heavy rain also led to rockslides, mudslides and debris flows across the state, and that prompted several roads and highways to be closed.

Caltrans said  US 101 was closed near Gaviota due to flooding and the massive amounts of debris covering the roadway.

Work is being done to reopen the roads, but it’s unknown when that work will be completed.

More rain on the way for California

The FOX Forecast Center said an additional 2 to 6 inches of rain will fall in the foothills of the Sierra Nevada mountain range through Wednesday, and another 1 to 3 inches is expected along the coastal ranges of California.

Next storm on the horizon

Another atmospheric river storm will slam into California on Thursday, but the FOX Forecast Center said it won’t be as intense as what occurred in the first part of the week when intense bands of flooding rain affected large portions of the state.

While those totals don’t seem like much, because of the saturated soils across the state, any additional rain will lead to more widespread flooding and also bring the risk of mudslides and debris flows.

Thousands of residents were evacuated from their homes on Monday because of the widespread flooding, and on Tuesday morning, the Monterey County Sheriff’s Office announced a new evacuation order for people living in the low-lying areas of the Salinas River. That evacuation order is in effect until further notice.

“We want to make sure everyone takes action of what is still yet to come,” Gov. Newsom said in a press conference Tuesday afternoon. “We’re not out of the woods, and we expect these storms to continue until the 18th, in many different shapes and forms.”

Several other evacuations have been ordered, including residents of San Ardo and areas of San Lorenzo Creek between San Lorenzo Park Road and Highway 101.

The entire town of Planada, California, has also been ordered to evacuate because of flooding. According to the Merced County Sheriff’s Office, deputies are going door to door to help residents evacuate.

Some evacuations, however, have been lifted.

The Sonoma County Sheriff’s Office tweeted on Tuesday that evacuations along the Russian River have been lifted as of 11:20 a.m. local time. Santa Barbara County also lifted orders.

Flood Advisories and Warnings remain in effect across the state. 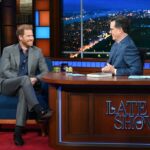 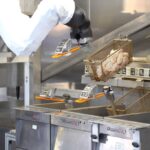