A rape victim in California has shared a harrowing image of her facial injuries after she was assaulted by a homeless man who had been released from jail just a few hours earlier.

Marissa Young, 44, of Torrance, was walking her dogs about 1 a.m. July 31 when she was attacked by Darrell Waters, 46, who was arrested days earlier on a misdemeanor charge of unlawful possession of a dagger, CBS News reported, citing police.

The homeless man was released on his own recognizance about 12 hours before the brutal assault, according to the report.

“I was tackled from behind, I heard nothing,” Young told KTLA. “I didn’t have headphones in, I wasn’t looking at my phone, I was just walking straight forward to my destination.”

She said the man pushed her to the ground and raped her.

“This person punched me in the face, closed-fisted, 15 to 20 times at least,” she told the outlet. “My nose is broken in four different places and this bone was shattered here [she points to her upper cheek area]. You can still see a lot of swelling in my face.”

Young told CBS News that she fought for her life for “probably three-quarters of the attack,” which lasted for almost 30 minutes.

“It was a crime of opportunity, because I’m of small stature and my back was to him,” she told the network.

Waters, who was captured about 24 hours later a couple of miles from the site of the attack, was charged with one felony count each of forcible rape, forcible oral copulation and sexual penetration by use of force, CBS News said.

Young expressed her anger that the suspect had been released from jail so soon after his earlier arrest.

“It’s horrifying to think that they were holding this guy with a huge knife that was taken off him that’s illegal and he was let go the next day even though he has a record,” she told KTLA.

The Torrance City Attorney’s Office told the station in a statement that Waters’ release by police was “in accordance with the penal code.”

City Attorney Patrick Sullivan told CBS News that his office “does not provide any input as to the custodial status of a misdemeanor arrestee until the case is presented for filing consideration.

“When the Torrance Police Department presented this case to our office for filing consideration on August 3, 2022, Mr. Waters had already been released from custody,” he added.

Young said she decided to come forward after undergoing fiver surgeries as a warning to other women in the community.

“Once something like this happens to you, it sort of changes your mind as to what the laws should be,” she told KTLA.

Her friends have launched a GoFundMe drive to help her cover the cost of living and medical expenses.

“She is the brightest and shiniest person I know,” her friend Debbie wrote.

“Small in stature but big in personality, she is kind, compassionate, loves and accepts others, and is also a fierce little pocket full of dynamite. In short, she is a beautiful woman with a bright future and was set to start nursing school in the fall,” she added in the fundraiser, which has raised more than $86,000 by Tuesday morning. 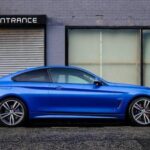 Are You Legally Required to Have Car Insurance in the USA?