Four teenage girls were rescued at a California amusement park Tuesday after a ride malfunctioned and left them stranded in the air.

The girls were riding a roller coaster at the Scandia Fun Center in North Highlands when the ride suddenly stopped, leaving them stuck about 65 feet above ground.

The Sacramento Metropolitan Fire District was called to assist after technicians failed to free the car electronically and manually.

Video shows a fire crew using an aerial ladder truck to reach the victims and secure the car from moving. The car restraints were manually disengaged and the four girls were assisted off the ride and down a ladder by first responders.

It is unknown what caused the ride to stop moving.

The fire department said Tuesday that the entire incident lasted about an hour.

“Metro Fire is a true All-Hazard & All-Risk agency. Our rescue crews have preplanned this facility, and other target hazards in our district, and we continually train for these types of incidents,” the fire department said.

The girls were not injured and they were given free treats and tickets to return to the park for what will hopefully be a more fun time. 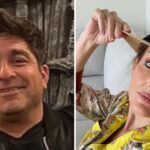 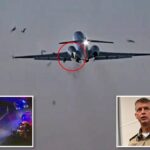