The aunt of Trinity Backus — the 16-year-old missing girl found dead in Northern California last week — said the teen had taken drugs and began acting strangely before running away.

Ashley Bjorklund, 34, in an exclusive interview with The Post on Monday, said her niece had “done acid” with a friend, Hannah, who was staying the night.

Backus was reported missing Thursday, after she disappeared from Bjorklund’s house in Nevada City late Wednesday night. She was found dead the next day, just half a mile north of where she was last seen.

The teenager’s body was found in a heavily wooded area. Law enforcement said there were no signs of foul play, and the Nevada County Coroner has yet to complete its autopsy.

Bjorklund told The Post that she and her boyfriend — who she identified only by his first name, Logan, had gone to bed sometime before 9:30 p.m. last Wednesday, with Backus and her friend still up and watching TV.

“She says, ‘you guys need to get out of the house, it’s gonna blow,’” Bjorklund said. “I have an open fireplace — me and Logan immediately thought the house was on fire.”

“I went out there and looked, but there was nothing wrong — the fire’s fine, the house is fine,” she said.

“And Trinity’s yelling, ‘everybody get outside, there’s radiation, I can see the radiation.’”

Bjorklund said Backus was yelling from her back porch. It was a cold night, she said, and she told her boyfriend to go outside and bring Backus in.

But the teen had bolted, she said. Backus was wearing only pajamas and socks, her aunt said.

“He came back in the house within, I don’t know, three minutes or so. And he said, ‘Ashley, I cannot find her,’” she said.

“I’m thinking, she’s got to be messing with us,” Bjorklund said. She said she and Logan searched her fenced-in, two-acre property for 15 minutes before calling Backus’ mother, who rushed over.

“That is when we found out the girls had done acid,” Bjorklund said. “Hannah told us they had taken two hits each of acid.”

Bjorkland said she questioned the admission, because the pair hadn’t seemed inebriated that evening.

But Backus’ friend said they’d also decided to smoke from a bong after Bjorkland had gone to bed.

“That’s when it triggered the episode,” Bjorklund said.

“We don’t even know if what she actually took was acid,” she added. “There’s so much crap out on the streets these days.”

“We were screaming all over this mountain all night long,” she said.

Bjorklund said her niece wasn’t someone who regularly used drugs.

“Trinity wasn’t a druggie,” she said. “Trinity was a child who decided to be an idiot and experiment and not freaking talk to us about it.” 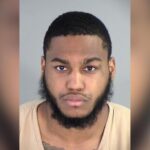 Christopher Darnell Jones Jr. told dad he was being picked on before UVA shooting 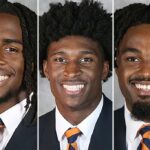