A California public school teacher has been arrested for allegedly hiding a teenager – her son’s friend – for almost two years after he disappeared from his home.

Holga Castillo Olivares, 61, a teacher at the Alice Birney Waldorf-Inspired K-8 School in Sacramento, was charged with detention of a minor with intent to conceal from a parent, a felony, and contributing to the delinquency of a minor, a misdemeanor, KCRA reported.

She was accused of hiding 17-year-old Michael Ramirez in her home since the teen’s parents reported him missing on June 9, 2020, when he was 15, according to the outlet.

His family said he had been staying at the home of a former friend, whose mother is Olivares, according to the news outlet.

Katte Smith, the boy’s guardian, said he left home after an argument with his family.

“He felt like the grass was greener on the other side,” Smith told KCRA. “We felt so robbed of all this time with him. You can’t just hide someone’s kid and think that’s OK.”

The Sacramento City Unified School District said the charges against Olivares, who was put on administrative leave, “are for acts unrelated to the employee’s assigned duties.”
The teacher “was taken into custody at the school after students were dismissed for the day,” the district told KCRA.

Olivares is set to appear in court on Monday. 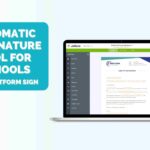 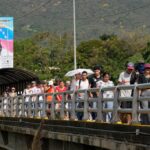 2.4M migrants stopped at US border in record annual high