A California sheriff’s deputy was killed in the line of duty by a career criminal who was then shot dead by police following a wild car chase Thursday, officials said.

Isaiah Cordero, a deputy with the Riverside County Sheriff’s Department, was gunned down by William Shae McKay during a traffic stop in the city of Jurupa Valley around 2 p.m., according to Sheriff Chad Bianco.

The 32-year-old deputy, who according to Bianco was considered by his colleagues to be “their little brother,” was pronounced dead at the hospital.

The fatal encounter sparked a “massive manhunt” in search of the 44-year-old cop killer. He was spotted in nearby San Bernardino County which led to a chase on freeways across both counties.

Television footage showed more than two-dozen law enforcement vehicles pursuing the pickup truck in a surreal scene as bystanders pulled their cars to the side of the road.

The truck even kept chugging along after a spike strip disabled two rear wheels, Bianco said.

He was shot dead by authorities after an exchange of gunfire, the lawman said.

“I want to send a message and let me be very clear,” Bianco said. “Anyone who targets a member of law enforcement in our community will be met with swift action.”

McKay had a long history of violence dating back to the 1990s that included kidnapping, robbery, and assaults with deadly weapons, including stabbing a California highway patrol dog, Bianco said.

Bianco slammed a San Bernardino County judge for not putting McKay away for at least 25 years back in 2021 after he was convicted of his “third strike” for kidnapping and assault with a deadly weapon.

The judge lowered his bail that led to his release and then later released him again after he was arrested for failing to appear at his sentencing, he said.

“We would not be here today if the judge had done her job,” Bianco fumed.

Before he was a sworn deputy sheriff, Cordero worked as a corrections deputy starting in 2014. He recently undertook motor school in September of this year to become a motorcycle deputy.

“He was naturally drawn to law enforcement and certainly embodied our motto of service above self,” Bianco said. “He was a jokester around the station and all of our deputies considered him their little brother.” 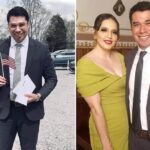 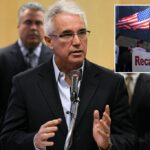