California sheriff’s deputies used jailhouse snitches to illegally obtain evidence for nine years, according to federal prosecutors, and their actions could throw hundreds of convictions into jeopardy.

A bombshell report by the US Department of Justice claimed the Orange County Sheriff’s Department illegally operated a hush-hush custodial informant program from 2007 to 2016.
The report claims deputies in Orange County “systematically” violated the rights of defendants in the way they used informants to obtain evidence to use at trial.

In return, informants enjoyed special treatment such as increased access to a television room and use of phones.

The report also explained how defense attorneys were frequently not made aware of how “tainted” confessions were obtained.

“Anyone who’s still in custody on a case that involved unlawful informants are going to file a motion for a new trial,” claimed legal analyst Lou Shapiro.

The Orange County District Attorney’s office refused to provide The Post with exactly how many cases could come back on appeal or could be retried.

Legal sources said the report serves as a strong warning to other policing agencies across the country.

“This places them on alert. Prosecutorial agencies … can come under scrutiny and are not invincible.

“It can’t just be a free-for-all, and inmates still have protections even while they are sitting in custody,” added Shapiro.

The DOJ opened the investigation in 2016 after it was revealed that Orange County prosecutors engaged in misconduct in how they handled the case of Scott Dekraai, who was convicted for the worst mass killing in Orange County history.

Dekraai murdered his ex-wife and seven others at the Seal Beach hair salon where she worked in 2011.

Orange County District Attorney Todd Spitzer said former prosecutors in his office used a longtime snitch to get a “tainted” confession from Dekraai, which also was not disclosed to the defense attorney.

Dekraai’s attorney, Scott Sanders, alleged the jailhouse informant scandal went beyond his client’s case and had been going on for decades.

The scandal ultimately derailed Dekraai’s case, and the court recused the Orange County DA from prosecuting the case.

In 2017, Dekraai renewed his motion to dismiss his death penalty on the grounds that the prosecution engaged in “outrageous government misconduct.”

The court ultimately agreed and sentenced Dekraai to eight consecutive life terms without the possibility of parole.

Federal officials made further recommendations in the report of the Orange County Sheriff’s Department and the District Attorney’s Office, including providing more training, regularly auditing informant files and implementing policies to make sure all information is disclosed to the defense.

“The DOJ warning is don’t jeopardize an otherwise good conviction of a guilty person by engaging in the unconstitutional practice — it’s not worth it,” said Steve Cooley, who was the Los Angeles County District Attorney from 2000 to 2012. 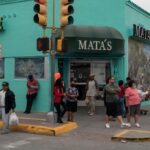 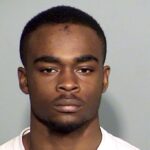 Larry Jo Taylor Jr. gets 86 years in prison for murder of pastor’s wife