A Northern California high school has canceled the rest of its football season after a video surfaced of players acting out an apparent “slave auction” with black teammates.

“I received a copy of a recording of River Valley High School football team members acting out a reprehensible act of a slave auction,” she said in an email sent to district staff late Thursday, according to the news outlet.

“The recording clearly demonstrates that this situation was orchestrated and organized, which underscores my concern that students spent time contemplating this terrible act without the slightest regard that this action is hateful and hurtful,” Osumi wrote.

“(River Valley players) may argue that it was a joke, and they intended no harm, but the fact is that this is not only harmful, it is disgraceful,” she added.

As a result of the sickening prank, the team forfeited last week’s game. The students involved in the incident were kicked off the team, leaving it without enough players to compete – and to the cancellation of the rest of the season.

The forfeit places the Falcons of River Valley with a record of 0-6, according to the Bee.

In a statement, Osumi wrote that those who took part in the act “violated our student athlete code of conduct which they all signed and committed to follow, and that will not be ignored or minimized,” Fox 40 reported.

“When students find humor in something that is so deeply offensive, it tells me that we have an opportunity to help them expand their mindset to be more aware, thoughtful and considerate of others,” the school chief added.

Osumi said the district is offering “our support and sincere regard for the humiliation and anger that this must be causing,” adding that “we will be working with our administration and coaches to address the training that our athletic team requires in order to act with character and dignity at all times.”

In a statement to Fox 40, the commissioner for the Sac-Joaquin Section of the California Interscholastic Federation called the incident “unfortunate.”

“Last night we were notified by a representative from the Yuba City Unified School District of situation involving the RVHS football program; this is truly an unfortunate incident and the CIF-SJS is providing whatever support RVHS/YCUSD needs,” the statement read, according to the station.

The students who took part in the incident may face additional punishment, USA Today reported.

The incident comes after a white teacher in upstate Rochester in May allegedly told his class of mostly black seventh-graders to pick seeds out of cotton and put on shackles during social studies lessons about slavery.

Patrick Rausch allegedly taught the lesson about slavery and how cotton is processed at the School of the Arts.

And in March 2021, An official at a Mississippi middle school apologized in March 2021 after eighth-graders were told to pretend they were slaves, including writing letters discussing their “journey to America” and the family they “live with/work for,” USA Today reported. 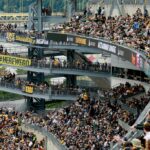 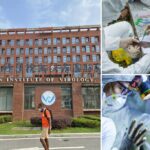