A California high school teacher has been placed on administrative leave after a student secretly recorded him threatening to physically harm a female student in a video that has gone viral.

Robert Bean, an English teacher at Cajon High School in San Bernardino, was caught shouting at a junior student, according to the clip.

“…because she thinks she’s funny. She’s a rude, defiant little brat kid that I just want to slam her face up against the wall,” Bean says in the TikTok video, which has been viewed nearly 100,000 times.

The video is captioned: “Im a student at Cajon Highschool and wanted to bring light to what mr bean says on a regular basis along with different things such as calling students and other teachers slurs.”

Since the video has made the rounds on social media, many of Bean’s former students have spoken out against the teacher’s behavior in the comments, sharing their awful experiences in his class.

One student, Megan Soult — who graduated from Cajon High School 12 years ago — told KTLA that Bean made a mockery of her autoimmune disease diagnosis.

“He embarrassed me, he humiliated me in front of my entire class, with my not only very private, but my very personal medical information,” Soult recalled. “To see this come up this many years later and hear about how many people have brought this to the attention of the administrative staff at the school and nothing has still been done is just baffling.”

Blaine Anderson, a senior at the high school, told Fox 11 Bean has “done this stuff in the past, he’s yelled at students, he’s called them different slurs, the ‘R slur’ for one and the ‘F slur’ is another one.”

The Santa Bernardino City Unified School District placed Bean on administrative leave on Monday and has launched an investigation into the accusations, KTLA reported.

“We have been monitoring the same social media posts and are aware of the comments. We have opened an investigation and posted a phone number where families can share relevant information to become part of the investigation,” the district said in a statement. 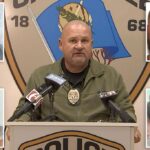 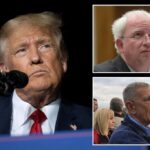