There’s been a surge in the number of senior citizens visiting the ER because of marijuana use — and experts say it’s partly because boomers are shocked to find out how much stronger weed is in 2023.

A new study from the University of California San Diego, revealed a stunning 1,808% increase in cannabis-related emergency room visits among Californians ages 65 and up from 2005 to 2019. Physicians said that the number should spark widespread concern and drug screenings for all seniors.

“It’s troubling,” Dr. Michael D. Levine, director of medical toxicology at UCLA Health, told The Post. “It corresponds to an overall increase in drug trends and increased marijuana use over the past decade. And I think it’s problematic for multiple reasons.”

At UCLA Health’s Toxicology Clinic in Los Angeles, where Levine has treated many pot-impaired elderly patients, some were so stoned they didn’t even realize why they were seeing a doctor in the first place.

“For example, one that was over their grandson’s house who ate a brownie, not realizing that it was a cannabis brownie,” Levine recalled.

The unwitting grandfather, who reported feeling dizzy and sedated, ended up undergoing MRIs and CT scans to rule out a stroke or early signs of dementia — culminating with a hefty emergency room bill, Levine said.

Many times, he added, “They come in dizzy and vomiting and it’s unclear [why]. No one knows their history.”

“Many elderly people who used marijuana when they were teenagers or in their 20s in the 1960s have tried using it now and the potency of THC is substantially higher compared to what it was,” Levine continued. “So, it’s not the same marijuana that they’re used to.”

Marijuana currently cultivated and sold contains three times more THC compared to levels 25 years ago, according to the Department of Health & Human Services.

“The higher the THC amount, the stronger the effects on the brain — likely contributing to increased rates of marijuana-related emergency room visits,” the website reads.

Cannabis use is also “associated with increased risk for psychosis, delirium, paranoia and other acute psychiatric symptoms,” according to data cited by the 15-year study published Monday in the Journal of the American Geriatrics Society.

A growing number of states — 21, plus the District of Columbia — have legalized small amounts of recreational cannabis. Sales at state-licensed facilities started Tuesday in Connecticut, and New York’s first legal shop opened in Manhattan on Dec. 29.

The pot-related emergency department (ED) visits in California for patients 65 and older increased sharply between 2013 and 2017 before leveling off after the implementation of Proposition 64, which legalized the use, sale and cultivation of recreational cannabis in late 2016.

“Therefore, the availability of recreational cannabis does not appear to correlate with a higher rate of increase in cannabis-related [ER] visits among older people,” the study found. “However, high [ER] rates among older adults with high comorbidity are concerning as cannabis has been associated with acute cardiac, respiratory and psychiatric effects.”

“Family members say they’re off, you know, they have problems being appropriate,” Jafri told The Post. “They would be disoriented to themselves and also to people around them and use terms they normally wouldn’t use and respond inappropriately socially.”

“They want to try something since other medications are not helping them,” she said. “So they say, ‘Why not try marijuana?’ It’s there, it’s available.”

Many elderly Californians who use pot assume if it’s available without a prescription it must be safe, but that’s not necessarily the case, Jafri said.

“They’ve tried other things or haven’t been adequately treated for their underlying condition — mainly pain,” she continued. “They use it for pain control and haven’t had good luck with what we are prescribing them.”

In New York, where lawmakers approved pot for personal use in 2021, ER visits for cannabis-related diagnoses for patients 65 and older soared from 10 in 2011 to 162 in 2019 — a 1,520% increase, according to the Department of Health data obtained by The Post.

That spike “may appear large,” agency officials acknowledged, but noted only 10 visits were tallied in the baseline year of 2011.

In Colorado — where recreational weed was legalized in 2014 along with Washington, the first state to do so — the rate of hospital discharges for seniors with marijuana-related billing codes was 52.3 per 100,000 in 2011. That figure nearly tripled to 154.2 by 2021, according to data provided by the Colorado Department of Public Health and Environment.

A co-author of the study, meanwhile, told The Post she believed the findings were primarily driven by the flourishing availability of cannabis.

“And so people are using it more than they used to,” said Dr. Alison Moore, chief of UC San Diego School of Medicine’s division of Geriatrics, Gerontology, and Palliative Care. “And with that can come some unsafe use.”

But Moore acknowledged the 1,808% leap in emergency room trips for California’s creaky chronic crowd is staggering by any measure. 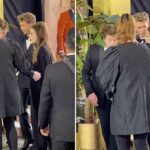 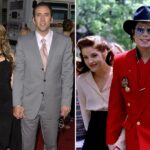