It was a personal foul.

An alleged Florida “Karen” has been hit with misdemeanor criminal raps stemming from her viral confrontation with former NFL star Terrell Owens in August.

Caitlin Davis, 38, is charged with providing false information to cops after claiming Owens tried to run her off the road as she biked through their Deerfield Beach gated community.

An incident report states she told police that Owens was speeding around the area and had run a stop sign.

She claimed he exited his car and began harassing her after she confronted him for his alleged reckless driving.

But cops said surveillance footage and other evidence didn’t back up her claims and triggered charges three months after the incident.

Owens, a former standout wide receiver for several teams including the San Francisco 49ers, began recording the heated exchange and broadcast it live.

“You almost hit me!” the woman yells on the clip.

“Now you’re making stuff up. Just like a Karen,” Owens responds as police assess the situation.

After more arguing, Davis abruptly refers to their respective races.

“You’re a black man approaching a white woman,” she states.

While Owens appeared not to respond to that comment at the time, he later told “Good Morning America” that the remark was plainly racist.

“I think that kind of says what you want to know about the situation,” he said.

Owens told TMZ after the incident that he “could have died” if the “wrong cops” had responded to the call.

In his footage, Owens tells officers that the woman also accused him of keeping an unkempt home and violating the community’s HOA rules.

“I’ve seen it on TV,” he tells the camera. “But I’ve never been part of something like this. This is unbelievable.” 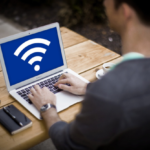 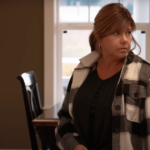 Did Caryn Chandler Quit the Show?