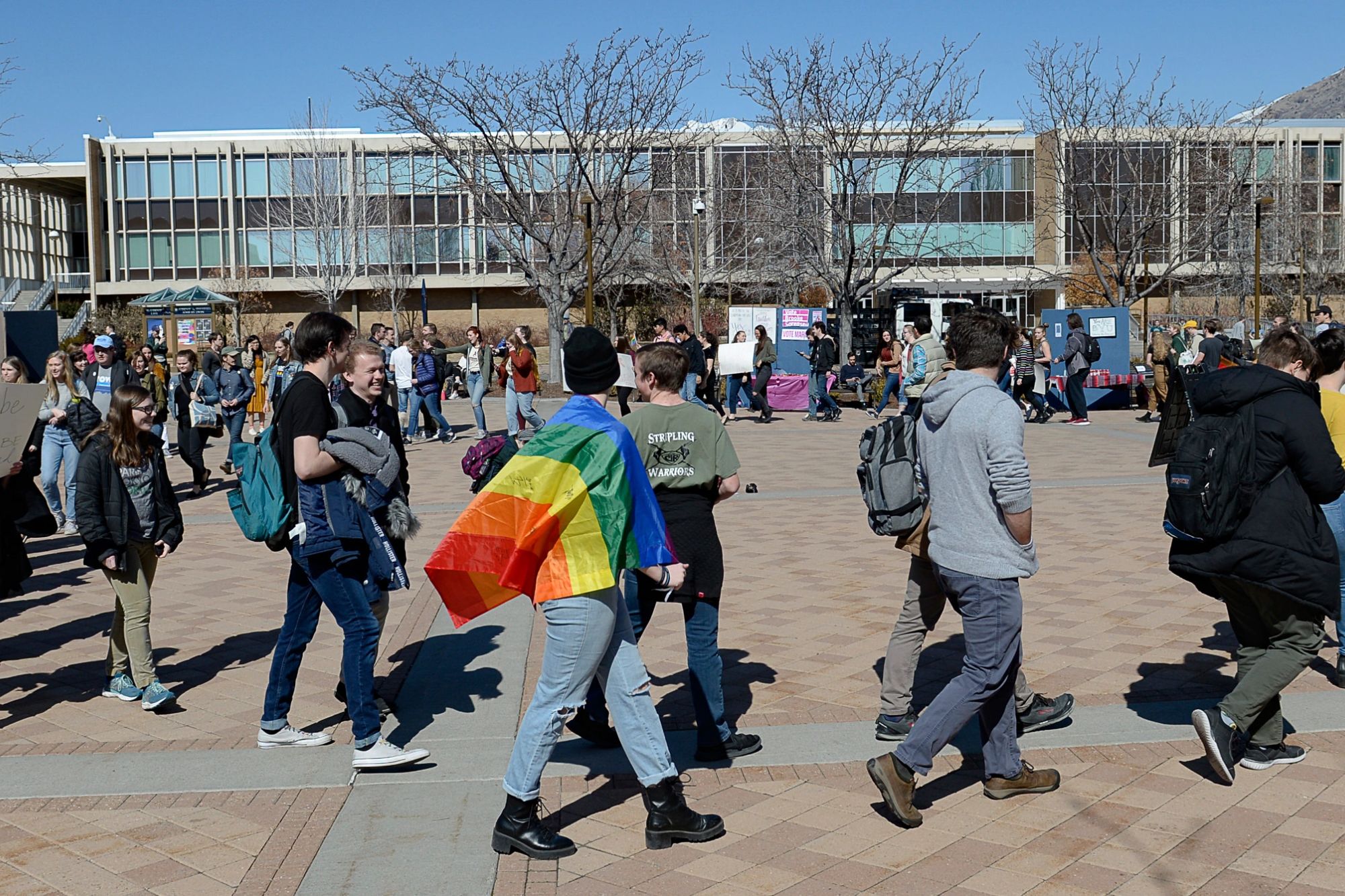 The university, which is owned by the Church of Jesus Christ of Latter-day Saints, removed the literature from the bags because the administration wants students to use the school’s new Office of Belonging as their primary resource for such things, according to NBC News.

Made by Ranbow Collective, a nonprofit not officially affiliated with BYU, the pamphlets offered information about regular events available to LGBTQ students off campus, as well as lists of local organizations that offer therapy, safe housing, mentorship and other things.

Maddison Tenney, a BYU student who is gay, told NBC News that she made the pamphlets after having felt lonely as a new student at the university in Provo, Utah, where students are forbidden from engaging in “same-sex romantic behavior” at the risk of being unenrolled.

“I remember sitting in my white dorm room with these cement walls and breaking down,” Tenney told the outlet. “I didn’t know anyone who was like me, who wanted to be faithful and embrace the fullness of themselves.”

Tenney explained that she paid the requisite $200 and signed a contract with BYU’s student newspaper, Daily Universe, which compiled the welcome bags. She then dropped off 5,000 of the pamphlets, which she described as “very vanilla, very inline with church teachings.”

“We tried really hard to make sure it was kosher and in line with policy,” she said. “We didn’t hear anything back besides, ‘It looks great.’”

Tenney later reportedly received a message from a friend who told her she had been instructed as a resident assistant to remove the RaYnbow Collective pamphlets from each bag outside students’ rooms.

Upon further investigation, Tenney learned that the Office of Student Life decided to remove the pamphlets after deeming that they went against the teachings of the church.

The administration explained in a statement to NBC that they “would like our students and employees to utilize our new Office of Belonging as their primary resource in these efforts.”

“The decision to remove the materials by Student Life was based on the university’s commitment to provide support through the Office of Belonging and our counseling services and not to allow outside entities to imply affiliation with or endorsement from the university,” the statement added.

BYU created the Office of Belonging in August 2021, and said in its announcement that the office would “focus primarily on coordinating and enhancing belonging services and efforts on campus.”