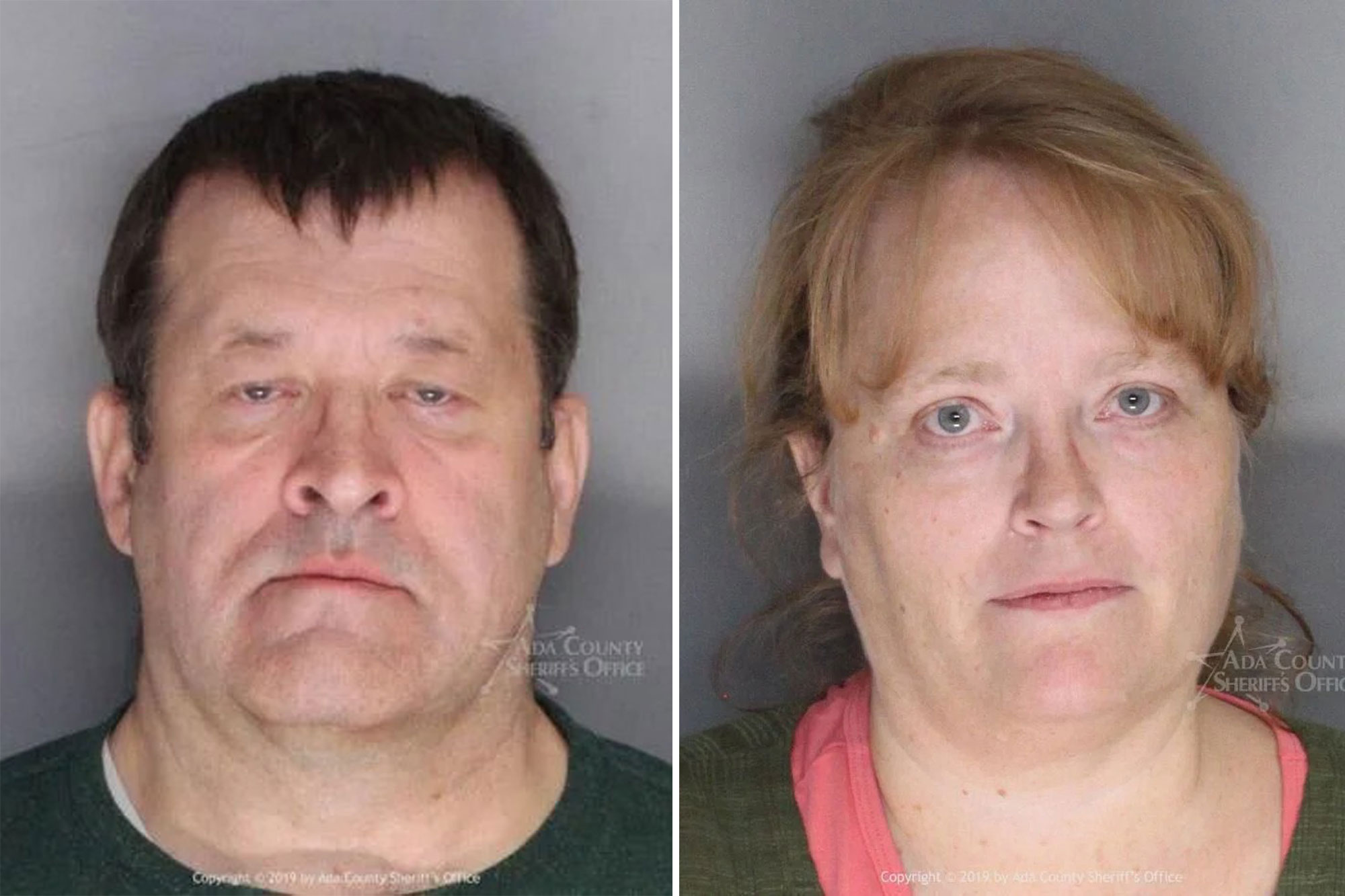 A cruel Idaho couple was found guilty of starving their adopted daughter to the point the then-5-year-old went into cardiac arrest over the neglect.

After multiple delays in the case, Byron Buthman, 57, and Gwendalyn Buthman, 45, were both convicted of severely mistreating the girl, who prosecutors said was only allowed to eat vegetable protein and forced to sleep in the laundry room, according to reports.

They were charged in 2019 with injury to a child and an enhancement for infliction of great bodily injury, both felonies.

The Ada County Prosecutor’s Office detailed the heartless treatment the girl faced between the ages of 3 and 6 from the years 2015 to 2018.

The girl, identified by E.B. in court documents, said she only ate “mush” and mostly slept in the laundry room on a thin mat with no blankets, according to the Idaho Statesman.

The newspaper also reported E.B. testified other family members – the couple had other adopted kids – ate “regular food” and sat together while the victim sat in a highchair in the corner.

“I would sit in the high chair for, like, a couple hours and I have scars on the side of my legs because of that,” E.B. reportedly testified.

The girl was also forced to drink three-quarters of a gallon of water daily, but if she needed to pee more than once an hour, she was told to go outside and use a five-gallon bucket, the Idaho Statesman reported.

She also was forced to pick up dog poop as a chore, the outlet reported.

“She was skinny, her skin was dry. She appeared malnourished — just not a healthy kid,” testified Dawn Cliff, a habilitative interventionist who worked with the girl for several months between 2017 and 2018.

The girl suffered a heart attack in October 2017 when she was forced to go outside after she soiled her diaper, the Statesman reported, and was spotted by Cliff who saw she wasn’t moving.

“I remember Gwen and Byron rushing to the hospital,” E.B. said. “I remember me in front of the swing set not doing anything, just staring, not moving.”

After she returned from the hospital, the girl was still forced to do chores, though PediaSure was added to her paltry diet, according to the Statesman.

When the Buthmans were arrested in 2019, Ada Deputy Prosecutor John Dinger, during a hearing, described the case as “basically torture and neglect,” according to the Idaho Press.

“This young child was adopted when she was 3 and started at that time to be, what we would call, just simply tortured and starved,” he reportedly said.

The Buthman’s trial was originally set for September 2019, but kept getting pushed back due to postponements and judge reassignments, KTVB 7 reported.

The television station reported Byron and Gwendalyn Buthman will be sentenced Sept. 19 and could face 20 years in prison.

Kourtney and Scott’s Son Then, Now