Buses carrying dozens more migrants rolled into the Big Apple on Monday morning, even as Mayor Eric Adams warned that the lifting of Title 42 this week would set off an exponentially greater surge of asylum seekers and overwhelm the city’s severely overburdened systems.

Shortly after 6 a.m., two buses with about 80 people on board arrived at Port Authority in Midtown, with additional buses from the border scheduled to arrive later today.

Photos taken at the scene showed the newcomers, including young children, disembarking at the transit hub, with some wrapped in blankets against the freezing temperatures.

The migrants were met by city officials and processed in a blocked-off area used for that purpose. It was not immediately known where they were headed next.

In an email sent to City Council members Sunday, Adams’ administration warned that 10 to 15 busloads of migrants were expected to arrive in the next two days due to the lifting of Title 42.

Adams said in a subsequent statement that more than 1,000 new asylum seekers are expected to arrive in the Big Apple each week once the Trump-era immigration restriction is lifted.

Until now, Title 42, a public health rule designed to curb the spread of disease, has allowed Border Patrol agents to quickly expel asylum seekers on the southern border.

Since March 2020, the order has been invoked 2.5 million times to eject migrants from the US, but because of a judge’s ruling, starting Wednesday immigration authorities can no longer use Title 42 to unceremoniously turn away those seeking asylum.

Follow The Post’s latest coverage on immigration and Title 42

Instead, asylum officers will be required to interview migrants to determine if they have a “credible fear” of being persecuted in their home countries. If they’re found to face a credible threat, they can stay in the US until their case is decided, which could take years.

The Department of Homeland Security declared last week the US was not ready “to handle the current volume of migration nor the increased volume we expect over the coming weeks and months.”

The end of Title 42 comes as surging numbers of migrants are entering the US and straining the resources of border states like Texas and Arizona to the limit.

Seeking to draw the Biden administration’s attention to the growing crisis, the Republican governors of those states have taken to shipping migrants by the busload to Democrat-controlled sanctuary cities like New York City, Philadelphia and Washington, DC.

In his statement addressing the situation Sunday, Adams, who declared a state of emergency over the migrant influx in October, said the Big Apple has already received more than 31,000 asylum seekers.

“We have been told in no uncertain terms that, beginning today, we should expect an influx of buses coming from the border and that more than 1,000 additional asylum seekers will arrive in New York City every week,” Hizzoner said. “We need help from Washington.”

The mayor has accused the federal government of ignoring the city’s pleas for assistance — and blamed both Republicans and Democrats in Congress for failing to “lift a finger” to help.

According to city data released last week, the federal government has placed more than 21,000 migrants into NYC’s struggling shelter system, instead of moving them to other cities. 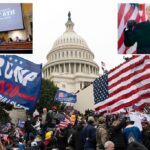 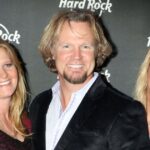 Christine Was Against Meri Reconciliation