Two Michigan school bus drivers’ rescue of a toddler taken when the child’s parents’ vehicle was stolen while they helped an older sibling off to school last week was captured on camera in daring new video.

New footage released by the Kelloggsville Public Schools shows a frantic dad running up to a school bus.

“Call the police!” the man tells the driver, with the two-year-old’s sobbing mother beside him. “Somebody steal the car. There’s a baby inside!”

Dave Skinner, a bus driver for the Grand Rapids area district, dialed 911 and alerted his team.

“They screamed at me that someone had stolen their car with their baby in it,” Skinner told NBC News.

The parents reportedly stepped out of their vehicle to help an older child onto a school bus when their vehicle with the toddler inside was stolen.

Within minutes, another bus driver in the area, Sue Figueroa, spotted the toddler alone sitting in someone’s driveway. A camera inside the bus captures her saying, “Oh sweet baby.”

She scoops up the child and carefully places him into the front seat of the bus, saying, “I’ll bring you to your mama.” Later on in the video, Figueroa drives up beside the woman and calls out, “Ma’am, is this your baby?” Handing the child over, the driver assures, “He’s okay, He’s okay, He’s okay.”

“I was crying all day. It was very emotional. I was very relieved,” Figueroa told NBC of the ordeal.

No arrests were immediately announced in connection to the incident. 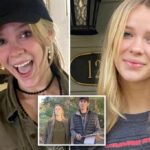 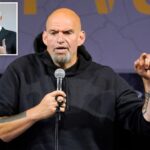