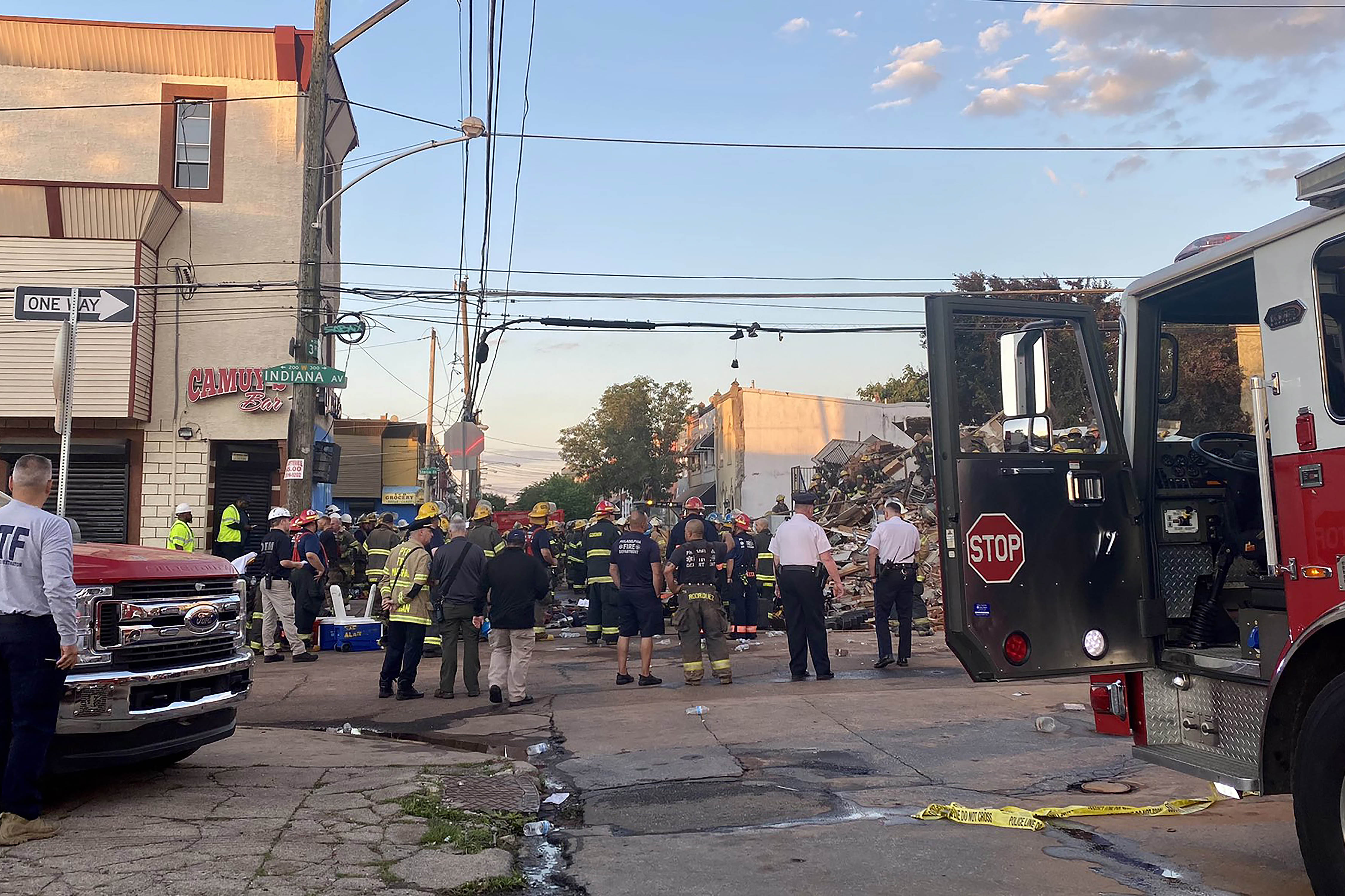 PHILADELPHIA — The owner of a Philadelphia building that caught fire and collapsed this month, killing a city firefighter and injuring five other people, has been charged with setting the blaze, authorities announced Tuesday.

Al-Ashraf Khalil, 28, also lied to authorities probing the June 18 fire and later flew from the United States to Jordan after telling investigators he had no travel plans, officials said. However, he was refused entry to Jordan and was arrested Friday at an airport in New York City. Authorities said they used handcuffs that had the deceased firefighter’s initials on them.

Khalil’s attorney, R. Emmett Madden, told The Philadelphia Inquirer that his client had no role in starting the fire, adding that “he has and will continue assisting fully in this ongoing investigation.”

The fire killed Lt. Sean Williamson, 51, who was trapped in the rubble and pronounced dead at the scene. His funeral was held Monday.

Khalil and another person — who has not been identified and is still at large — entered the restaurant’s basement doors and started a fire in the kitchen area, authorities said, citing outdoor surveillance footage. Smoke is seen coming from the building a short time later.

Khalil was wearing distinctive striped sweatpants and black-and-white slides when he entered the building, and again when he returned to the scene, authorities said. Khalil allegedly told investigators at the scene that he had been at his Philadelphia home when he received a call from a tenant in the apartments he leased out above the pizza shop, but officials say they determined he actually took that call a few blocks from the scene.

Officials have said that eight people were safely evacuated from the upstairs apartments and that the blaze was brought under control within an hour. But the building collapsed a short time later and trapped Williamson inside.

Authorities said Tuesday that if convicted, Khalil could face a death sentence.

Photos of the ‘RHONJ’ Star