Brown touted “significant progress” in snow removal, but still cautioned residents against venturing out in their vehicles unless necessary.

Also on Wednesday, Erie County Executive Mark Poloncarz confirmed 37 fatalities in his jurisdiction, with 29 in the Buffalo area alone. By comparison, 23 deaths in western New York were blamed on the blizzard of January 1977, the previous storm against which all others were measured.

While local authorities grappled with the possibility of finding more remains as the snow begins to melt, the National Guard continued knocking on doors to check on residents who lost power. At times, law enforcement relied on officers’ personal snowmobiles and trucks to navigate the frozen city.

As the cleanup begins, cracks have begun to appear in the local political establishment’s united front. Poloncarz called Brown’s response to the storm “embarrassing,” while Republican Erie County Sheriff John Garcia admitted that the area’s preparedness “absolutely” could have been better.

Brown, however, was unbowed, and insisted that the city “did everything that it could” given the conditions.

Unfortunately, Buffalo’s hellish week may be far from over. With rain forecast at the end of the week and temperatures set to go up as high as 50 degrees Fahrenheit, the region is bracing for potential flooding as the snow melts.

Although the National Weather Service predicts only minor issues, Gov. Kathy Hochul confirmed that the state was ready with nearly 800,000 sandbags and more than 300 pumps and generators.

“We will continue to work closely with local partners to help communities recover,” the governor wrote Wednesday on Twitter.

“We are working around the clock to help Western New York recover from this historic winter storm,” she added, “and we won’t stop until the job is done.” 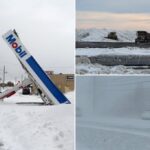 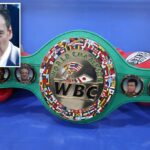