A Buffalo man was found frozen to death on his 56th birthday during the historic winter storm which pummeled the region Christmas Eve, his family said.

Relatives identified William Clay as the person found lying face down in the snow at Bailey and Kensington avenues in Eerie County.

Disturbing video of the frozen body began to circulate online after it was discovered early Saturday morning, WGRV reported.

City officials later confirmed that it was the third death in the county during the monster snowstorm.

Buffalo Police have not yet officially released the identity and could not share further details when contacted by The Post.

Clay’s sister Sophie Clay posted on Facebook early Saturday morning that her brother was missing, adding that he regularly frequented the nearby 7 Eleven.

Hours later, she revealed he was found dead and set up a GoFundMe to cover his funeral expenses.

“My brother unexpectedly lost his life on his Birthday,” she added.

Another relative, Laura LaShomb, informed friends and family on family on Facebook that Clay was “found frozen” after he “went to the store.”

LaShomb said Clay suffered a mental illness and may have not been on his medication.

According to Sophie, Clay lived less than a mile from where his body was found.

Clay’s son, Jules, said he spoke to his father before his death and was able to tell him he loved him.

“This pain is overwhelming. I can’t stop crying,” Jules wrote on Facebook.

An autopsy will need to be conducted to determine the official cause of death.

Clay was one of three storm-related deaths reported since Gov. Kathy Hochul’s state of emergency went into effect Friday morning.

Two people in Cheektowaga died after first responders could not get to them in time after they suffered “emergency medical events.”

The storm dropped a record 22 inches of snow was Friday, shattering the previous daily snowfall record of 12.6 inches set in 1976, the National Weather Service said Saturday.

The intense conditions are expected to remain steady through Monday. 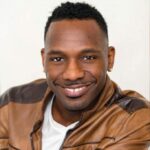 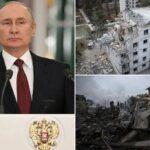