Bryan Kohberger was stopped by police twice in a matter of minutes in Indiana while driving from Washington State University to his parents’ home in Pennsylvania last month, newly released bodycam footage shows.

Kohberger, who is accused of slaughtering four University of Idaho students in their Moscow home, was passing through Indiana with his father, Michael, in tow on Dec. 15 when they were pulled over by police on I-70 in Hancock County outside of Indianapolis for following too closely, Indiana State Police said.

Bodycam footage released by police shows an officer approach the car — a white Hyundai that became a key detail in law enforcement’s investigation — around 10:50 a.m. Kohberger can be seen behind the wheel while his father sits in the passenger seat, video shows.

At the time of the stop, ISP said Kohberger still had not been identified as a suspect and there was no available license plate state or number for the Hyundai Elantra, which had been reported as part of the investigation in the media.

The car appeared to have a Washington state plate, video shows.

Just minutes earlier around 10:41 a.m., the two had been stopped by a deputy from the Hancock County Sheriff’s Department on the interstate — also for following too closely, according to ISP and the sheriff’s department.

In both encounters, the officers decided to let the two men off with a verbal warning.

Kohberger was living on campus at WSU in Pullman, Washington — about 10 minutes away from Moscow — at the time of the killings, officials confirmed.

Monroe County Chief Public Defender Jason LaBar, who represented Kohberger at his extradition hearing, told CNN Saturday that Kohberger arrived in Pennsylvania around December 17 to celebrate the holidays with his family after he completed his first semester of the Ph.D program at WSU.

“His father actually went out and they drove home together,” LaBar said.

The drive from Pullman, Washington to Albrightsville, Pennsylvania is over 2,500 miles and takes about 37 hours, according to Google maps.

Kohberger, 28, is charged with four counts for first degree murder in the deaths of Ethan Chapin, 20, Xana Kernodle, 20, Kaylee Goncalves, 21, and Madison Mogen, 21, who were found stabbed to death in their off-campus home on Nov. 13.

He was arrested Friday in an early-morning SWAT raid at his parents’ home in Albrightsville, Pennsylvania. The white Hyundai Elantra, which police believe was in or around the scene the night of the murders, was also seized and is being processed.

He’s currently being held at Monroe County Jail after he agreed to be extradited from Pennsylvania to Idaho in his first court hearing on Tuesday.

“Arrangements are currently being made to deliver Kohberger back to Idaho,” Major Christopher Paris of the Pennsylvania State Police told The Post, adding they would like to get Kohberger to Idaho “as soon as possible.”

However it’s “not likely” that he’d be flown to Idaho on Tuesday night, Paris said. Officials are still determining whether he will be on a private or commercial flight.

Once he appears before a judge in Idaho, officials will unseal Kohberger’s probable cause affidavit, which will finally reveal unreleased information on the murders and the investigation that led to Kohberger’s arrest, Latah County Prosecutor Bill Thompson told reporters at a press conference Friday, citing Idaho state law.

“It is a quirk, it’s not in the norm of the states I’m familiar with, that Idaho does not release their probable cause affidavit in support of their arrest warrant until after their defendant is returned to that state,” Michael Mancuso, Monroe County First Assistant District Attorney told The Post on Tuesday.

“But having read those documents and the sealed affidavits of probable cause, I definitely believe one of the main reasons the defendant chose to waive extradition and hurry his return back to Idaho was the need to know what was in those documents,” he said.

The affidavit, he said, “involved the defendant’s connection to the scene of a crime consisting of four murdered people.”

Law enforcement have still not recovered the murder weapon.

Mancuso said his office will investigate whether Kohberger is involved in unsolved crimes in the area. 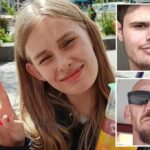 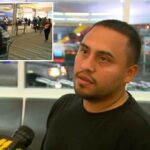