Accused killer Bryan Kohberger came across as both outgoing and off-putting among fellow students at his university — including one who described him as an insomniac who ran his garbage disposal at odd hours.

Engineering student Arun Dash, also 28, told the outlet that Kohberger moved in downstairs at the Steptoe Village apartment complex in Pullam and was eager to make friends.

“He asked me what I was studying, where I am from. He would make just friendly small talk,” Dash told Insider.

The student said Kohberger continued to greet him warmly even after the murders of University of Idaho students Madison Mogen, 21, Kaylee Goncalves, 21, Ethan Chapin, 20 and Xana Kernodle, 20 at their home in the town of Moscow, Idaho in the early hours of Nov. 13.

“Nothing suspicious ever, ever,” he told the outlet. Dash’s roommate said Kohberger gave him his phone number and suggested several times that they “hang out” together.

“He talked to everybody, he was a very chatty person — not charming, but outgoing,” the student told Insider, asking not to be identified.

“He seemed like a very fit person, so I asked if he wanted to come to my gym with me,” the student said.

Kohberger, who was busy that day, later asked to meet for coffee but the student had a commitment this time — though the two continued chatting when their paths crossed.

Eventually, the student said he decided to avoid Kohberger because he tended to talk too much.

“I know if I start, he won’t stop,” the student told Insider.

But Kohberger made a different impression on another neighbor, Angela He, who described him as an insomniac who walked around in the wee hours and at times ran his garbage disposal until 4 a.m.

She said she decided not to confront him about his disruptive behavior and hoped he’d also leave her alone if her crying kids interrupted his sleep.

In the community at large, meanwhile, Kohberger didn’t make much of an impression.

Kacia Julius, a bartender at the The Land nearby, told Insider she remembered him only because of his height — and the name on his credit card.

“He was normal,” she told Insider.

Another criminology student who had Kohberger as a teacher’s assistant said he had been unfriendly early in the semester and appeared to lose interest in teaching after the murders.

“Afterward he didn’t grade at all. He was not a great TA,” the student, who identified herself only as Emilie, told the outlet.

Meanwhile, a receptionist at a local medical office said Kohberger was one of just a few students who kept their appointments after the killings.

Four days after the crime, he showed up and was so friendly that her boss took notice.

“She said, ‘He’s so nice and charming’ — she never says that about anybody,” the receptionist told Insider. “I was like, ‘Yeah, he really was.’”

Kohberger was arrested Dec. 30 and is being held at the Latah County Jail on four counts of first-degree murder and one of burglary.

Investigators have tied him to the killings through his cellphone data, car make and model and DNA found on a knife sheath left at the off-campus home, which is about 10 miles from Pullman. 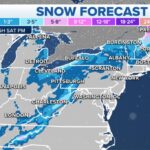 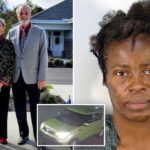