Accused Idaho murderer Bryan Kohberger allegedly admitted as a teen that he felt “no emotion” and “like a sack of meat” in chilling online posts — and later told a childhood friend that he wanted to study “high-profile” criminals.

“I feel like an organic sack of meat with no self-worth,” he allegedly wrote on Tapatalk, a mental health forum, at age 16 in 2011.

“As I hug my family, I look into their faces, I see nothing, it is like I am looking at a video game, but less.”

The eerie post is one of several obtained by the New York Times this week in light of Kohberger’s arrest on Dec. 30 for the Nov. 13 stabbing deaths of University of Idaho students Kaylee Goncalves, 21, Madison Mogen, 21, Xana Kernodle, 20, and Ethan Chapin, 20, at their off-campus house in Moscow.

At the time of the killings, Kohberger, 28, was a doctoral student in criminology at Washington State University in Pullman, about 15 minutes from the murder scene.

A decade earlier, an account linked to Kohberger’s email wrote on Tapatalk about feeling depressed and distracted by the “constant thought of suicide.”

In another, the user boasted that he could do “whatever I want with little remorse.”

Kohberger also reportedly used the forum to connect with others reportedly suffering from visual snow syndrome, a rare neurological disorder in which an individual’s vision is obscured by static-like dots.

“I know it was something that really bugged him,” Thomas Arntz, a former high school friend, told the Times of Kohberger’s condition.

“He was basically to the point where he was neurotic about it.”

The Tapatalk posts chronicle his attempts to mitigate his symptoms, including migraine medication, visits to a neurologist, and a sugar-free, starch-free diet.

“He wouldn’t eat any bread and he would only eat certain fruits,” Arntz told the outlet.

“It was very restrictive.”

Rich Pasqua, who was a few grades ahead of Kohberger, told the Times they used heroin together in 2013 and 2014, when both worked at New York Pizza Girl in Effort, Pa. He described the younger man as socially awkward and noted that he did not appear to have many friends.

“We would make it to a cul-de-sac and we’d see their orange lights and Bryan would be like, ‘Go this way!’” he remembered of a time the pair tried to avoid the security guard at Kohberger’s parents’ gated community.

Pasqua, who is now sober and works at a rehabilitation center, said his wife, who was in Kohberger’s class, recalled that he was heavier in high school and was bullied for his size.

Eventually, Pasqua told the outlet, Kohberger’s father started picking up the phone when he called, and indicated that his troubled son was in rehab.

“I only used [heroin] when I was in a deep suicidal state,” Kohberger reportedly wrote to his childhood friend Jack Baylis on Facebook Messenger in May 2018.

By this point, Kohberger seemed to be doing well, and was studying psychology at DeSales University. He told Baylis he had been off drugs for two years.

“I have since really learned a lot. Not a person alive could convince me to use it,” he continued.

Kohberger also told Baylis that he had been depressed since he was 5 years old, which caused him to develop “a weird sense of meaning.”

In October 2018, he wrote that he was interested in studying and “counseling” violent criminals.

“I’m thinking more along the lines of dealing with high-profile offenders,” he told Baylis.

“Bryan himself would’ve been fascinated by it.”

The revelations from Kohberger’s spine-tingling correspondence come after his brief, stone-faced appearance in Latah County court on Thursday, during which he waived his right to a speedy hearing and was ordered to continue being held without bail.

While investigators scramble to find a plausible social link between Kohberger and his victims — whom the arrest affidavit indicates he may have stalked for months before the murders — a neighbor of the would-be criminologist recalled him commenting on the slayings in the days after the crime.

“[He] asked if I had heard about the murders, which I did,” an unnamed acquaintance in Pullman said Wednesday.

“And then he said, ’Yeah, seems like they have no leads. Seems like it was a crime of passion.’”

Kohberger has yet to enter a plea for the charges against him. His next preliminary status hearing is set for June 26.

“It will be six months away, so I think that was a surprise to everyone,” said Shanon Gray, a lawyer for the Goncalves family.

“But you know, we’re hopeful that it gives the prosecution plenty of time to really get dialed in.” 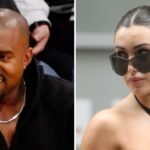 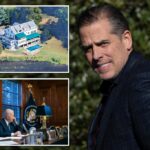