Bryan Kohberger’s behavior noticeably changed after the murders of four University of Idaho students, a former classmate has revealed — describing how he went from “perpetually exhausted” to “chattier.”

“I did notice he was showing up to class a little late sometimes, he always had a coffee in hand, he always seemed to be just perpetually exhausted,” Benjamin Roberts, a fellow grad student at Washington State University in Pullman, told NewsNation.

“Bryan seemed like he was on the knife’s edge between exhaustion and worn out and at the time it was extremely difficult to tell which was which,” he told the outlet.

“He did seem to get a little chattier going into the later parts of the term,” the fellow criminal justice doctoral student told NewsNation.

However, he said he didn’t recall Kohberger speaking specifically about shocking crime, which rocked the University of Idaho community.

Roberts said that Kohberger’s perpetual signs of exhaustion didn’t raise any flags prior to the slaying because it appeared consistent with the way many grad students behave amid the rigors of academic life.

He described the suspected killer as awkward, but the kind of person who always wanted to make sure everyone knew he was very intelligent.

“He had to make absolutely sure you knew he was smart, he had this intellectual capacity,” Roberts told the outlet.

He also said it was disturbing that his former classmate was the person who ended up being the suspect.

“There’s something heavy about that,” Roberts said.

Kohberger, 28, was arrested Friday in his family home in Pennsylvania and will soon be extradited to Idaho after he waived his right to an extradition hearing.

Once he appears in Idaho court, officials can legally release his probable cause affidavit, which should shed light on what led to his arrest nearly seven weeks after the killings.

The murder weapon, believed to be a large knife, has not been found.

Kohberger, who faces four counts of first-degree murder, “is eager to be exonerated of these charges and looks forward to resolving these matters as promptly as possible,” his public defender Jason LaBar said in a statement.

Meanwhile, Washington State University has released a statement on the arrest of the Ph.D. student.

“The Department of Criminal Justice and Criminology at Washington State University is aggrieved by the alleged horrendous acts of one of its graduate students,” the department wrote on its website.

“We are relieved that justice will be carried out. Our hearts are with the victims’ families,” it added. 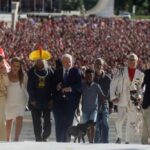 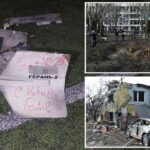