The criminology doctoral student suspected of murdering four University of Idaho students transformed into an aggressive and violent bully at the end of high school, a former friend claims.

Nick Mcloughlin, of Pleasant Valley, Pennsylvania, told the Daily Beast he was appalled when he learned his high school buddy Bryan Christopher Kohberger was arrested Friday in connection to the brutal November slayings.

The two had been friends during their teenage years, Mcloughlin said. They spent half their days at Pleasant Valley High and the other half taking heating and air conditioning work classes at Monroe County’s vocational school.

But the relationship dissolved after Mcloughlin said Kohberger underwent a personality shift over the course of a summer.

Mcloughlin said Kohberger had been a “down to earth” and overweight teen when they wrapped up their junior year. When they started their senior year, Kohberger was “thinner than a rail” and developed an “aggressive” personality.

Kohberger also began picking up boxing lessons and was itching to put his new skills to use, according to his former friend.

“He always wanted to fight somebody, he was bullying people. We started cutting him off from our friend group because he was 100 percent a different person,” Mcloughlin said, adding that the personality switch came as a total surprise and mystery to the friends.

After graduating from Pleasant Valley High School, Kohberger went on to earn a psychology degree from Northampton Community College in 2018, the school told The Daily Beast.

Kohberger continued to work in the Pleasant Valley School District for several years as a school security officer, but left the job last year.

He then received a master of arts in criminal justice from DeSales University in 2022.

While a student at the school, Kohberger posted a Reddit solicitation for former prisoners to take part in his research survey about “how emotions and psychological traits influence decision-making when committing a crime.,” where he questioned how the criminals approached their victims and whether they prepared for the crime.

Kohberger had been pursuing a doctorate in criminal justice at Washington State University in Pullman, less than 10 miles from Moscow, when he allegedly murdered students Kaylee Goncalves, Madison Mogen, Xana Kernodle and Ethan Chapin on Nov. 13.

Kohberger’s DNA has reportedly been matched to samples recovered at the scene of the crimes. 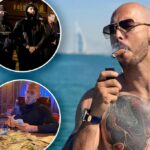 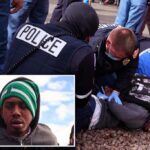