A young woman who survived an ISIS bombing chose euthanasia rather than live with the trauma, according to a report.

Shanti De Corte was a 17-year-old student traveling with her classmates at Brussels Airport when ISIS terrorists detonated a bomb. The March 2016 blast, along with two others set off by the group at a Brussels subway station, killed 32 people and left more than 300 injured.

De Corte was not physically injured in the attack, but endured years of panic attacks and depression afterward, the Mirror reported.

She tried to kill herself twice, in 2018 and 2020, and posted regularly on social media about her struggles.

“With all the medications I take, I feel like a ghost that can’t feel anything anymore. Maybe there were other solutions than medications,” she wrote in one post, according to the Belgian news site RTBF.

De Corte, then 23, chose to be euthanized earlier this year, which is legal in Belgium. She died on May 7 after two psychiatrists signed off on her request.

Antwerp prosecutors began an investigation into De Corte’s case after Paul Deltenre, a neurologist at the CHU Brugmann academic clinical hospital in Brussels, made complaints that the young woman’s decision to end her life “was made prematurely.”

The case was closed after it found that no violations had been made in the process for being euthanized, the news outlet 7Sur7 reported. 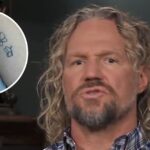 Which Brown Family Members Have Tattoos? 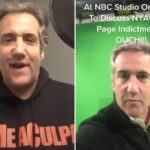