Bruce Willis struck a goofy pose with his daughter Tallulah amid his battle with aphasia.

The pair posted the light-hearted snaps on their respective Instagram accounts, with Tallulah captioning hers, “”high drama club ~~ life skills ~~ fingers crossed I eat a veggie this week LMAO.”

In the pics, the father-daughter duo share an embrace while pulling funny faces.

Tallulah’s post featured several other pictures, including an image of an Alcoholics Anonymous book and a 1990s pic of a short-haired Winona Ryder.

In March, Bruce, 67, announced he was retiring from acting after being diagnosed with aphasia, a brain disorder that affects his ability to communicate.

He shares Tallulah, 28, along with daughters Rumer, 34, and Scout, 31, with his ex-wife, actress Demi Moore. He has two other children with wife Emma Heming-Willis.

The “Die Hard” actor has been mostly staying out of the spotlight since he revealed his medical condition.

In the months since his shocking announcement, Bruce has mostly stuck to posting on Instagram, where he occasionally allows his followers to peek into his slowed-down life.

In December, he shared several images of his blended family with wife Emma Heming Willis and Moore celebrating Christmas.

Despite the scary diagnosis, the Golden Globe and two-time Emmy winner has plenty to look forward to.

Rumer announced she was expecting her first child with boyfriend Derek Richard Thomas.

The baby will be Bruce’s first grandchild. 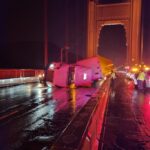 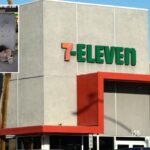