Cherelle Griner called the “CBS Mornings” co-host out of the blue Thursday night following her appearance at the White House earlier in the day, King said on the show.

Cherelle revealed how she got a call from President Biden’s administration about a week ago and was told officials were “feeling optimistic” but didn’t know what it meant, King said.

On Tuesday, Cherelle got another call instructing her to fly to Washington for a meeting with National Security Adviser Jake Sullivan, King said.

But when Cherelle — who’d publicly pressured Biden to get Brittney freed — got to the White House, she was told he wanted to see her, King said.

“She goes into the Oval Office and she said the first thing Joe Biden said to her was, ‘We got her,’” King said. “Which, she said, ‘It just took me a minute to process exactly what that means.’”

Officials “gave her very little details” so the information wouldn’t leak out, King said, but Cherelle was told there would be a news conference and asked if she wanted to attend.

“And she was so thankful and so grateful to President Biden and Vice President Kamala Harris,” King said. “She said, ‘I will stand beside the two of you because you are bringing my wife home.’”

Cherelle also explained how she picked out her dress for the occasion.

“She wore red yesterday because it was Brittney’s favorite color,” King said.

Brittney, 32, was serving a nine-year prison sentence for drug possession after Russian authorities arrested her at a Moscow Airport in February and accused her of possessing two vape cartridges containing less than one gram of cannabis oil.

The US got her back in exchange for Viktor Bout, an infamous Russian arms dealer known as the “Merchant of Death,” who was serving a 25-year sentence in federal prison for conspiring to sell millions of dollars of weapons to Marxist terrorists in Colombia. 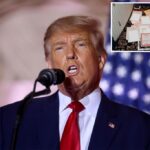 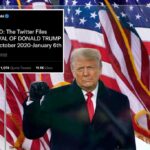