The landmark prison swap that freed WNBA star Brittney Griner from a Russian gulag Thursday was brokered by none other than the notorious Saudi Crown Prince Mohammed bin Salman, it was revealed Thursday.

The role of the crown prince, widely known as MBS, in the sensitive negotiations was outlined in a joint statement released by the foreign ministries of Saudi Arabia and the United Arab Emirates.

“The success of the mediation efforts was a reflection of the mutual and solid friendship between their two countries and the United States of America and the Russian Federation,” the two countries wrote.

The swap also “highlighted the important role played by the leaderships of the two brotherly countries in promoting dialogue between all parties,” the statement continued.

A White House official declined to elaborate on MBS’ role in Griner’s release, saying: “There are a number of governments and countries that throughout the horrific ordeal that Brittany has been through … we have asked to convey just how serious we are about resolving these cases once and for all, and I’ll leave the details of that out. But I would say that we do engage with a wide range of countries so that the Russians hear from a wide range of sources about our commitment to resolving what a priority that again.”

President Biden made no mention of the Saudi role in remarks at the White House Thursday morning, but did single out the UAE for gratitude “for helping us facilitate Brittney’s return, because that’s where she landed.”

Griner, 32, was detained Feb. 17 at Moscow’s Sheremetyevo Airport after Russian authorities found vape canisters with cannabis oil in her suitcase. She pleaded guilty to drug charges and was later sentenced to nine years of hard labor in a Russian prison camp.

She was freed in exchange for Viktor Bout, the so-called “Merchant of Death,” who was convicted in 2011 of conspiring to sell tens of millions of dollars in weapons to be used against the US and was sentenced to 25 years in prison.

Upon Griner and Bout’s respective releases, the two were flown to Abu Dhabi, where they were released into the custody of their home nations.

The mediation by the Middle Eastern leaders comes as Biden has come under fire for his cordial relations with the Saudi crown prince, who is said to have ordered the killing of Washington Post columnist Jamal Khashoggi.

On the campaign trial in 2019, Biden had promised to make Saudi Arabia “the pariah that they are.” But when the president met with MBS this summer, he gave the crown prince a first bump — a move that was slammed by Khashoggi’s fiancée.

Griner’s release came days after a federal judge tossed a civil lawsuit against MBS in connection with the Khashoggi killing after the Biden administration said he should be granted head-of-state immunity.

“She’s on her way home, after months of being unjustly detained in Russia, held under intolerable circumstances,” Biden said of the Phoenix Mercury center.

“Brittney will soon be back in the arms of her loved ones and she should have been there all along,” the president said. “This is a day we’ve worked toward for a long time. We never stopped pushing for her release.” 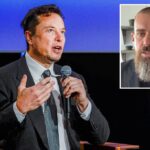 Elon Musk vows to release ‘everything’ on Twitter censorship 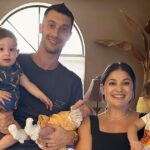