Women’s basketball star Brittney Griner questions if she’ll get home to the US any time soon from a dingy Russian jail cell where she’s languished for roughly nine months.

“She is not yet absolutely convinced that America will be able to take her home,” her lawyer Alexander Boykov told the New York Times recently.

“She is very worried about what the price of that will be, and she is afraid that she will have to serve the whole sentence here in Russia.”

Griner was hit with a stunning nine-year prison sentence after she pleaded guilty to drug possession in a Russian court in August.

She goes outside for an hour each day in a tiny courtyard with the rest of her time spent inside a cramped cell with two other cellmates in a penal colony outside Moscow, her lawyer told the Times.

“It’s an old building, and made of stone,” Boykov reportedly said of her current location. “When it is hot outside, it’s too hot, and when it’s cold outside, it is too cold.”

Emotionally, she isn’t doing well at the detention center and fears she would be moved to a prison with inhumane conditions, the Times reported.

“She has not been in as good condition as I could sometimes find her in,” Boykov reportedly said.

Boykov added her suffering has been compounded by her difficulty to talk with her family, including her wife Cherelle, and her parents and siblings, according to the Times.

The 6-foot-9 WNBA center, who has eight all-star appearances and two Olympic gold medals, was stopped in a Moscow airport on Feb. 17 after authorities found vape cartridges containing cannabis oil in her luggage.

An appeal on her sentence is scheduled for Oct. 25.

Boykov said the nine-year sentence is “an unprecedented punishment” over marijuana possession.

“Perhaps the verdict will somehow be changed and, perhaps, the sentence will be reduced, because the decision taken by the first court is very different from judicial practice,” he told the Times.

“Considering all the circumstances, taking into account my client’s personality traits and her admission of guilt, such a verdict should be absolutely impossible.”

There’s been talk of a prisoner swap to bring Griner and another American home.

Reports over the summer indicated the US could ship Russian arms dealer Viktor Bout back to Russia in exchange for Griner and Paul Whelan, who has been serving a 16-year sentence after he was convicted of espionage, a charge he denies.

Bout, dubbed “The Merchant of Death” is serving a 25-year sentence in the US.

The US government has maintained that Griner was wrongfully detained. 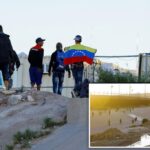 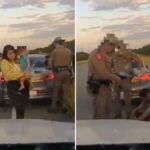