WNBA star Brittney Griner is doing “as well as can be expected under the circumstances” after US officials in Moscow visited the 32-year-old recently sentenced to nine years in a Russian penal colony, White House Press Secretary Karine Jean-Pierre said Thursday.

An eight-time All-Star for the Phoenix Mercury and two-time Olympic gold medalist, Griner lost her Oct. 25 appeal of the sentence for possessing and smuggling vape cartridges containing less than a gram of cannabis oil into Russia. She and her lawyers had asked for an acquittal or reduced sentence.

“We continue to press for the immediate release of Brittney Griner and [fellow incarcerated American] Paul Whelan and fair treatment for every detained American,” he added.

The US has been lobbying the Kremlin for months to release Griner and Whelan, who has been serving a 16-year sentence after being convicted of espionage, a charge he denies.

Jean-Pierre said negotiations for the pair’s release are “a top priority” for the White House.

“The US government made a significant offer to the Russians to resolve the current unacceptable and wrongful detentions of American citizens Brittney Griner and Paul Whelan,” Jean-Pierre said. “In the subsequent weeks, despite a lack of good-faith negotiation by the Russians, the US government has continued to follow up on that offer and propose alternative potential ways forward with Russia through all available channels.”

The White House has not detailed what it has offered Moscow in exchange for Griner and Whelan’s release, though reports have indicated that Washington had floated releasing notorious Russian arms dealer Viktor Bout in exchange for the Americans.

Bout is serving a 25-year sentence in the US and has been dubbed “The Merchant of Death.”

His potential release would come at a critical point as Russia has been struggling to keep its military properly equipped more than eight months into its war on Ukraine. 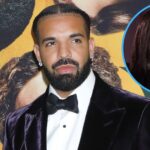 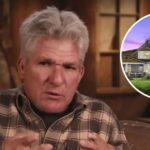