Talk about tension. Brittany Aldean’s social media drama didn’t keep her away from the 2022 Country Music Association Awards, and the wife of hit singer Jason Aldean took to the red carpet alongside some of the biggest names in country music on Wednesday, November 9. It was her first red carpet appearance since her heated social media fight with Maren Morris, Cassadee Pope and others in October over perceived transphobic comments.

Jason and Brittany’s presence at the CMAs was expected, as the singer was nominated for the Musical Event of the Year award alongside Carrie Underwood for the song, “If I Didn’t Love You.” Maren, on the other hand, was a no show as a result of her internet feud with the former American Idol contestant. While celebrating country music was the goal of the award show, people couldn’t help but recall the drama that went down between Brittany, Maren, Cassadee and followers alike.

Taking to Instagram in August, Brittany commented on her “girly life” alongside a makeup tutorial video, writing that she was grateful to her parents for “not changing my gender when I went through my tomboy phase.” Her husband chimed in with a comment of his own, writing, “I’m glad they didn’t too, cause you and I wouldn’t have worked out.” Backlash from followers quickly picked up steam, with Cassadee clapping back on Twitter.

“You’d think celebs with beauty brands would see the positives in including LGBTQ+ people in their messaging,” the “Take You Home” singer wrote, alluding to Brittany’s previous post and her hair extension business. “But instead, here we are, hearing someone compare their ‘tomboy phase’ to someone wanting to transition. Real nice.”

The post encouraged country star Maren to voice her thoughts on the matter, and the “Chasing After You” singer wrote that it would’ve been “so easy” for Brittany “not to be a scumbag human.” If her thoughts weren’t already clear, Maren added, “Sell your clip-ins and zip it, Insurrection Barbie,” alluding to the January 6, 2021, Capitol riots.

Brittany didn’t back away from the fight, however, and took to her Instagram Story in the following days to double down on her stance, arguing that no parent should enable their child to pursue gender-affirming surgery as a minor.

“I will always support my children and do what I can to protect their innocence. The other day, [my son] Memphis wanted to be a dinosaur and tomorrow [my daughter] Navy will want to be a cat, they’re children,” she wrote. “Love is protecting your child until they are mature enough as an adult to make their own life decisions.”

For her part, Maren shrugged Brittany’s comments off before encouraging her fans to check on their transgender and gay friends. “I will say we can handle this s–t. We’ve dealt with idiots, you know, for years saying insanely stupid stuff [to] us,” Maren said in a video on her own Instagram Story. “I’m just so sick of looking at absolute horses–t on the internet and people getting away with it, much less being celebrated for it.” 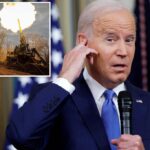 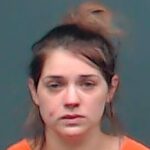