Slain Rochester teen Brittanee Drexel, 17, sent concerning messages to her boyfriend moments before she went missing on a spring break trip, saying that she was “so heated” but would share details later.

Drexel, whose remains were found earlier this year in Harmony Township, South Carolina, texted her boyfriend to complain less than an hour before she went missing on April 25, 2009, from Myrtle Beach.

“Ill tell you later when you call me.. Im so heated,” Drexel wrote in one message included in court documents obtained by news station WCSC.

In the hour before she vanished, Drexel also texted with her friend about a pair of shorts she borrowed, and made plans to meet at the hotel to return them. She also talks about her outfit, including the teal and black shirt she was later seen wearing on a surveillance video at Blue Water Resort.

At 8:58 p.m., she told her boyfriend “I’m staying in packing and going to sleep probably.”

Although the cell phone records show no other messages from the teen, over the next few hours her boyfriend and friends grew increasingly worried about her lack of response.

“Send me something we think ur [sic] missing,” said one message. “Stop playing games,” read another.

While Drexel does not respond to the messages, the documents show that her cell phone continued to ping off cell towers in different locations before dying at 11:57 p.m.

In his statement to the police before his sentencing, Moody alleged that Drexel voluntarily got into a car with him and his ex-girlfriend on the night of April 25. The trio then drove to a campground, where Moody flew into a rage and raped Drexel before killing her.

He was sentenced to life in prison on Oct. 19.

Even with the closure of Moody’s confession, Drexel’s family continues to mourn the daughter they searched for over a decade.

“For 13 years, I have searched for Brittanee, and for 13 years, I suffered the loss of a child,” mother Dawn Drexel told Myrtle Beach Online last month. 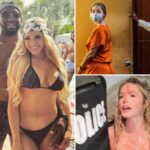 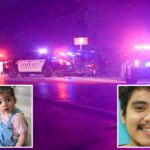