No longer friends? Britney Spears seemingly shaded Selena Gomez for being a “hypocrite” about nude photos in a since-edited Instagram caption.

Britney, 40, took to Instagram on Tuesday, October 25, to share two photos of herself posing in a bright red bikini. In the now-edited caption, the “Toxic” singer called out people that share sexy photos but refuse to pose nude.

“Don’t you just love the nerve of women who stand firmly getting awards and speak on their beliefs about not showing their bodies on instagram [sic] ???!!!!! They say ‘This is NOT something I would do’ yet those women are the very ones who get 4 million dollar budget videos made about sucking and licking on homemade ice cream !!!!” Britney wrote. “Yet giving righteous speeches shaming other women for exposing their bodies, I would like to tell those people don’t be a hypocrite as you suck on your lollipop having HUGE budget dreams … why would you stand firmly against girls getting attention JUST LIKE YOU and they have absolutely nothing ????”

While Britney didn’t directly name Selena, 30, in the post, many fans rushed to the comments section to speculate that the post was targeted at the “Rare” singer.

“Girl stop shading selena… she ain’t do s–t to you but support you,” one social media user wrote. Another added, “Leave Selena ALONE.”

Several fans think Britney was referencing Selena’s speech at the 2016 American Music Awards. At the time, the Disney Channel alum spoke about people posting their “bodies” to Instagram. “I don’t wanna see your bodies on Instagram, I want to see what’s in here,” she said while motioning to her chest. “I’m not trying to get validation, nor do I need it anymore.” Selena wrapped up the speech by saying those who are “broken” do “not have to stay broken.”

The second clue that Britney’s post was about Selena is that the “Wolves” singer wears nothing but a striped bra and underwear in the 2020 music video for her BLACKPINK collaboration “Ice Cream.”

Selena has not addressed speculation that the post is about her, while the Crossroads star eventually deleted the caption and replaced it with rose emojis.

Many fans were shocked by the post, as Selena and Britney have been friendly over the years. The Only Murders in the Building star even attended Britney’s wedding to Sam Asghari in June.

In July, Britney penned an emotional post thanking Selena for attending her wedding. “She came to my wedding,” she wrote about the Texas native in the now-deleted post. “I was SO HAPPY !!! She told me ‘I just want you to be happy’ three times.”

“I appreciate ALL the mental health speeches she does for our generation,” she continued. “Two hour specials with representatives … You’re such a special person and I had to share this picture … I thought it would make her happy.”

A rep for Britney Spears did not immediately respond to In Touch‘s request for comment. 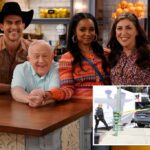 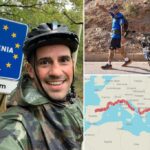