A vacationing personal trainer from the UK was found in a “pool of blood” at a villa in Jamaica — fatally shot 12 times in what police said was an ordered hit.

A hooded gunman attacked Sean Patterson, 33, of London, as he sat with a friend by the pool at the One Love Guest House in Montego Bay, the Times of London reported.

“We suspect it is a contract killing emanating from Britain,” Deputy Police Commissioner Fitz Bailey said, adding the victim had an “extensive criminal record” in the UK for violent offenses including firearms and drugs.

Authorities don’t believe Patterson, who arrived in Jamaica on Dec. 29, went there in connection with any criminal activity. Bailey said a hitman was apparently hired to kill him at the resort city.

“This seems to be part of what I consider to be a transnational organized crime group,” Bailey said.

According to local reports, a 34-year-old man has been taken into custody.

Patterson went to Jamaica with his friend, Shane Cameron, 30, a London construction worker, with whom he booked a five-night stay at the hotel, according to the news outlet.

The friends reportedly went to a concert the same day, meeting Oshane Richards, 34, who had been deported from the UK to Jamaica in 2013 on drug charges.

It was not immediately clear if Richards was the suspected shooter.

A day after the concert, Patterson and Richard were sitting by the pool at the resort in Bogue Hill, St. James when a gunman opened fire, hitting Patterson in the head and chest. He was rushed to Cornwall Regional Hospital, where he was pronounced dead, according to the Times of London.

“I’ve lost my baby. No mother should have to bury her child,” his mother, Lesley Wright, 63, told the Daily Mail, adding her son had gone to Jamaica to meet his father’s family for the first time.

“He’d been having the time of his life. He sent me a photo of himself basking in the sunshine and a video of himself leaping off a cliff into the sea,” Wright said.

“Sean has family in Jamaica through his father. They are very well-to-do over there and he’d hoped to meet them. He never got the chance,” she added.

“We need justice, we want justice, he deserves justice because he was somebody,” the grieving dad told the news outlet.

“His name was Sean Alan Patterson, loved by all people in West London. Everywhere he went he was loved,” he said. “He just had that mannerism that just took people over and they took that light away from us.

“Sean, rest in peace, please do son and whoever is responsible let them pay because we are all grieving — his three brothers, his four sisters, his mum, his grandad,” Alan added.

Patterson leaves behind a fiancee, with whom he had been together for 13 years, the UK’s LBC reported. The couple were planning to start a family together. 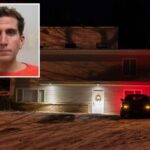 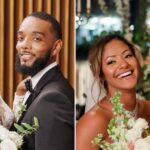 Is ‘Married at First Sight’ Scripted, Real or Fake? Clues