A British couple was kidnapped, murdered and fed to crocodiles while searching a nature reserve in South Africa for rare seeds, a court heard Tuesday.

Horticulturist Rod Saunders, 74, and his wife, microbiologist Dr. Rachel Saunders, 63, were camping in the remote Ngoye Forest Reserve when they disappeared in February 2018, the Daily Mail reported.

The couple was last heard from on Feb. 8, when they told an employee about their plans to camp in the reserve 30 miles north of Durban.

Police now say that Sayefundeen Aslam Del Vecchio, his wife, Bibi Fatima Patel, and their tenant Mussa Ahmad Jackson kidnapped, robbed and murdered the couple on the night of Feb. 10, the same day they were reported missing.

Among the evidence presented in Durban High Court this week were text messages from Del Vecchio to Patel and Jackson stating that there was an elderly couple nearby to “target” for a “hunt.”

Another message to an unknown person said “it is very important that the body of the victims is never found.”

Del Vecchio and Patel, who are believed to have flown an Islamic State flag at their home, were already on a watchlist when they were arrested on Feb. 15, 2018.

When Jackson was taken into custody a few weeks later, he reportedly told police how he and Patel helped Del Vecchio throw the sleeping bag-wrapped bodies into the river.

While both victims’ badly decomposed remains were discovered within days of the murder, they were unidentified for several months.

A search warrant also revealed receipts for items purchased with Rachel Saunders’ bank card in Patel’s purse, and led to the recovery of the victims’ bloodied Land Cruiser.

A fourth suspect was later discovered to have bought cellphones belonging to the Saunderses. The individual was given a suspended sentence in exchange for crucial information.

Based in Cape Town, the Saunderses ran Silverhill Seeds, an online ordering company that sold rare seeds to customers around the world. They typically spent half the year trekking through mountains and forests for inventory.

In the days before their disappearance, the Saunderses were profiled for an episode of BBC’s “Gardener’s World.”

A selfie of them with presenter Nick Bailey is believed to be the last photo of them alive. 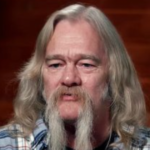 Billy Brown Net Worth Before Death 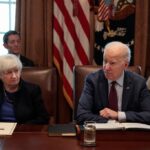