Footage obtained by the Daily Mail shows a white glow travel quickly across the night sky over farmland near West Bend and Fredonia in the Badger State. Videos taken earlier this month captured the odd spectacle from different locations, the outlet reported, citing the video metadata.

Kimberly, one of the people who took the footage, told the Daily Mail she was driving home with her husband around 10:45 p.m. on Dec. 1 in West Bend when “all of a sudden we saw what looked to be a white owl swoop from the upper right-hand top of the trees, down in front of the headlights, and up to the left.”

She and her husband decided it wasn’t an owl after the illuminating object swooped in front of them another three times, though they are unsure what they saw, according to the Daily Mail. The couple then reportedly saw white lights in the sky above them that were silent.

“And as we’re both leaning forward into the windshield, we start seeing these lights, similar to what I caught in the video,” she reportedly said.

“We just couldn’t wrap our heads around what we were seeing.”

Meanwhile, Ken began to capture the moment from his home in Fredonia, which is five miles from Kimberly’s location, the Daily Mail reported. Neither wanted to give their last names to the Daily Mail.

The videos show four lights appearing before a fifth light flies in to join them, the outlet said. Then all five lights depart toward the horizon.

The weather the night the videos were shot was cloudy, but with no storms or thunder and lightning, the Daily Mail reported.

The publication cited other people who posted videos on social media around the same time and area as Kimberly and Ken.

Andrea Lynn reportedly shot four videos of multicolored lights going in circles and moving across the sky at a quick pace earlier that night. One of the videos apparently shows a single white light appear and then three additional lights flash in a triangular shape around it before they disappeared followed by the central light also vanishing.

The next day Chris Nowak told the Daily Mail he and his family saw strange lights in the cloudy evening sky as they were driving and eventually started filming.

“I’ve really never seen anything like it before,” he reportedly said. “It was like a row of illumination through the clouds and it would pulse through the sky incredibly quickly.”

He doesn’t believe it was searchlights.

In Michigan, another video shot by social media users Kenna and Tasha Lynn VanBrocklyn on Dec. 2 shows bright white lights erratically moving across the clouds, the Daily Mail reported. The pair wrote on Facebook they thought it might be a UFO.

“When you take into consideration the totality of the circumstances of what was witnessed and where it was filmed, this case just becomes more and more compelling,” Hansen reportedly said of three of recent Wisconsin cases. 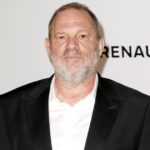 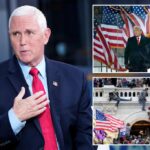